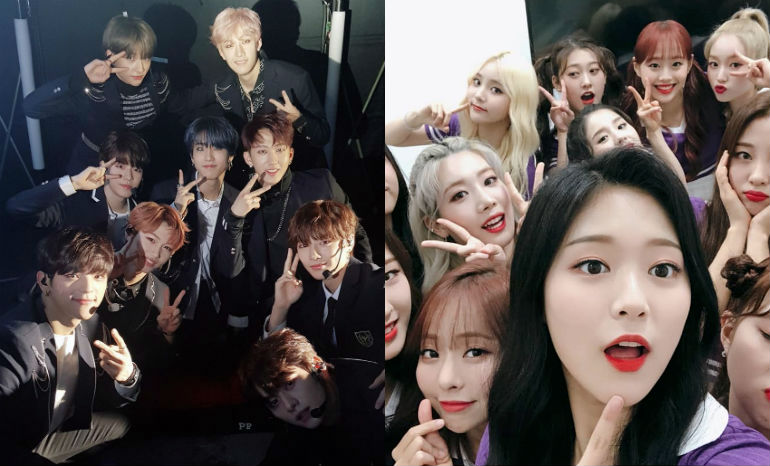 Korea’s annual First Brand Awards were held this year on December 19, 2018, and rookie groups Stray Kids and LOONA took home Rookie of the Year. The First Brand Awards are conducted through online, mobile, and telephone voting exclusively in Korea. Voting ran from October 24 to November 6 and garnered over 300,000 votes for all award categories in total. Stray Kids and LOONA both worked extremely hard promoting in 2018 to achieve these victories.

Stray Kids, formed by JYP Entertainment’s reality survival show, debuted on March 26 with their EP I Am Not and their lead single “District 9.” I Am Not peaked at #4 on the Goan Album Chart in Korea and #5 on Billboard’s World Album Chart. Over 54,000 physical copies were sold in March alone. Internationally, Stray Kids has seen success as well. As a rookie group, they were nominated for a Teen Choice Award and made their first appearance in America when they performed at KCON New York, which was held at the Prudential Center in Newark, New Jersey.

Similarly, LOONA also had a successful debut. Formed by Blockberry Creative, LOONA’s 12 members debuted individually, each releasing a solo EP with a single and one b-side. As members debuted, they also formed sub-units. Three sub-units were formed in total, each releasing an EP and going on a promotional tour. LOONA released their first single, “favOriTe,” as a complete group on August 7 and officially debuted with their EP ++, supported by the lead single “Hi High” on August 20. ++ peaked at #2 on the Goan Album chart in Korea and #4 on Billboard’s World Album chart. LOONA also managed to make an impact internationally when they won their first award as a group at the MTV Europe Music Awards when they won Best Korean Act.

Stray Kids and LOONA arrived at the First Brand Awards looking humbled and grateful to receive such an honor.

Haseul, the leader of LOONA, gave a heartfelt speech thanking everyone who was a part of the process of helping them debut. Haseul ended the group’s acceptance speech by acknowledging the hard work of LOONA’s members.

“We started our debut in October 2016,” Haseul said. “So I would like to send a warm round of applause for all the members who’ve worked hard until now.”

These two monster rookie groups have proven they’re a force to be reckoned with in the K-pop industry in 2018, and we’re confident they’ll only garner more success in 2019.