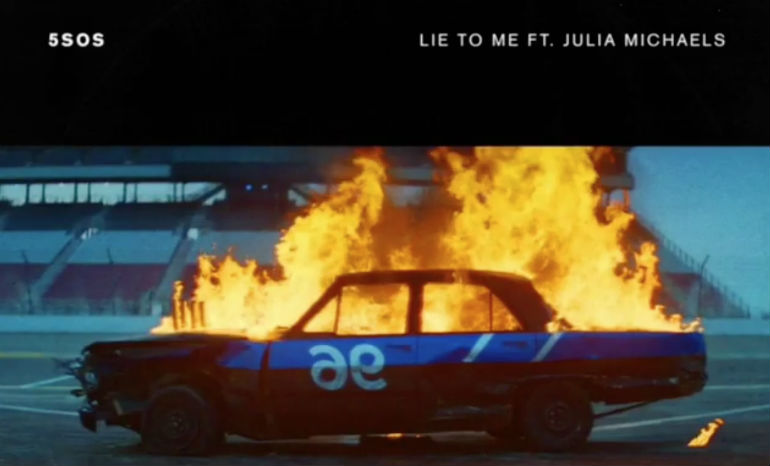 5 Seconds of Summer seem to love surprising their fans, so last week, the band dropped not only a live album recorded from their most recent tour, Meet You There, but another version of their song “Lie To Me,” which features the amazing Julia Michaels.

Set to be the fourth single off the band’s third studio album, this sad song about a lost love is already making headlines and playlists. Somehow, the track got even more heartbreaking as the new version includes both sides of the failed relationship.

Julia takes over in the second verse of the song, adding a twist of her own. She changes the lyrics to another perspective entirely by singing words like, “I know that you’ve been holding on to someone else // And now I can’t sleep” and “I was done but you undid me // Classic me to run when it feels right.”

Of course, fans are loving the collaboration of the artists, and several even took to Twitter to share their feelings about this new version.

The Lie To Me @5SOS FT @juliamichaels is everything I needed to hear. Genius genius genius !! #LieToMe pic.twitter.com/HLL2KonAEQ

OMFG I can not breathe. this is my fave song from the album, and I love Julia. Wtf wtF ISJDIDKDOSKDLDKD #LieToMe pic.twitter.com/ZuxXwjUcc7

Also, fans can’t wait for the music video to be released, especially because the band teased about a video for the new single in April and June.

Lie To Me video.

Listen to the new spin on the track HERE:

What do you think of this new collaboration? Let us know in the comments below or tweet us @soundigest with all of your thoughts!