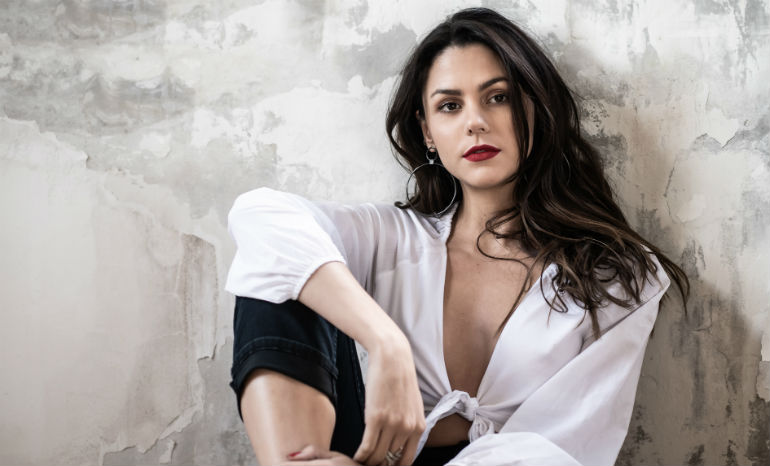 We recently had the opportunity to interview Lula Miranda, a singer who is just getting her start in America, but is a superstar in Argentina and Spain. Based in Bueno Aries, Miranda released her first international single back in November called “Cherry Kiss.” Her upcoming album is slated for release next year. So far, she has opened up for Niall Horan, Halsey, and Maren Morris in the U.S. We chatted about her new song and video, her upcoming tour plans, how her music has evolved since her debut album back in 2015, and so much more! Check out our interview below.

You released your first international single “Cherry Kiss” back in November and the video this month. Tell us a little bit about the track and what it means to you.

“Cherry Kiss” is definitely one of my favorite songs I’ve written for my upcoming album. That’s why my team and I decided to release it as my first single. The song is about a love story that was once very strong and in the song, I reflect on it in a very nostalgic way. She wants to go back to that time and place where both of them felt connected; she misses that emotional and physical state. I wanted the video to be well represented by that nostalgia and strength so in the video the director and I decided to show both parts. The main character (who is me), feeling nostalgic about her loved one and at the same time, the strength of the couple’s connection was represented by a strong group of women who support each other, feel powerful, free and are in search of pleasure. “Cherry Kiss” talks mainly about pleasure.

You also released your debut album in 2016, Stranger. How does “Cherry Kiss” differ from the music you released two years ago?

“Cherry Kiss” sounds a lot more pop and modern than my previous album. I think in my first album I was discovering different sounds and I experimented a bit more with them. With “Cherry Kiss,” I knew from the start where I wanted to go.

You’ve had the opportunity to open up for Niall Horan, Maren Morris, and Halsey, just to name a few. Can you tell us a little bit about those experiences?

Opening up for other artists is one of my biggest challenges considering the audience is not mine and it’s important to get their attention. It’s been so much fun, and thankfully I’ve always felt very comfortable doing these kinds of shows and the energy in the crowd has been amazing. I think opening up for other artists adds a pinch of adrenaline to any show of my own.

You’re based in Buenos Aires and have sold out venues in Argentina and Spain. What’s the most exciting part about performing for your fans in your own country?

Something I love about performing in Argentina is the energy and the feedback of the audience. People in Argentina tend to be loud. Every show has been unique and special to me.

When you’re not recording music or on the road, what do you like to do for fun? Do you have any quirky hobbies?

I think my hobby is spending time with family and friends. I love food, discovering new bars and restaurants around the city, and going out clubbing with friends. I would love to learn how to paint. That would be a great hobby but I still haven’t made time for it.

You had the opportunity to record your forthcoming album at the infamous Abbey Road Studios in London. What was that like?

Recording at Abbey Road Studios was an insane experience. I was so concentrated in my work that I had to remind myself each time that I was recording at Abbey Road. I remember walking through the entrance hall the first time and looking at pictures of Amy Winehouse with Tony Bennett, The Beatles, Pink Floyd, and so many artists. It’s such a magical place and I never wanted to leave the studio. Just the thought of so many souls who I admire stepping in there and leaving their art in this world gives me goosebumps. It’s so professional; the equipment is so well taken care of. They even use microphones that they’ve had for more than 50 years, and of course, they have the latest technology too. My producer Christian Wright was the best guy to work with. We had so much fun during the process and we stayed in the studio until late hours. The experience at Abbey was more than I could ever ask for.

Can you give us any hints on what we can expect from your album? Do you have a possible album title or some of the tracklist planned yet?

A hint? I think something I could tell you is that I haven’t written all love songs. Something I wanted for this album, apart from exploring new sounds, was exploring new subjects to write about. I haven’t decided the name of the album yet. It’s so hard to reflect all songs in one, but I’ll be sharing it as soon as I have it!

What do you hope fans and listeners take away from your music?

I want and would love if listeners of my album interpreted the songs in their own way. I want them to travel with my music anywhere their imagination takes them. I think that has always been the aim of music, at least for me. Listen to a song and identify with it in some way. Maybe with the lyrics, the sound, or the mood, in general.

Do you have any upcoming shows or tours in the works?

On January 23 I have a show in Mar del Plata, a show on the coast of Buenos Aires for the summer. And we are planning a tour for 2019, but I don’t have the cities confirmed yet! I’m so anxious to release my album and play my new songs around the world!

My second cut will be released in February. This song is different from all my other songs because this time I mixed English and Spanish. I can’t wait for everyone to hear it!