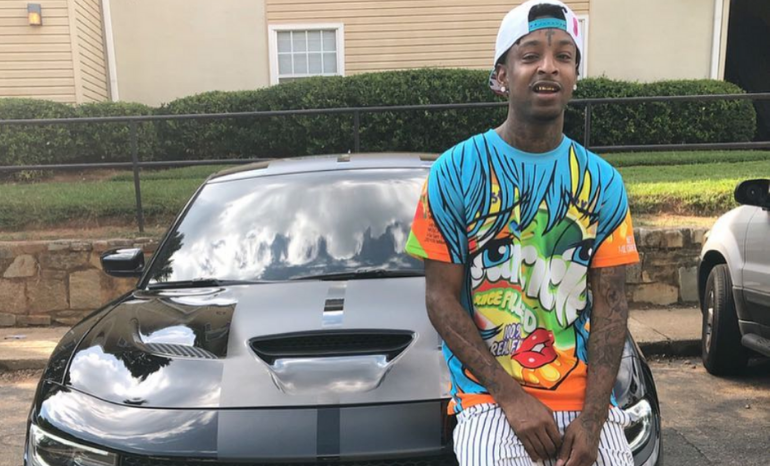 Just over a year after his debut album, 21 Savage is back with his latest record i am > i was.

The Atlanta rapper has spent the last three years since his 2015 mixtape The Slaughter Tape dropping hit features with Drake (“Sneakin’”), Post Malone (“Rockstar”) and Metro Boomin (“X” and “Don’t Come Out The House”), and is on track to reach the same star status as many of his collaborators.

Now, 21 Savage is ready to seize the spotlight. His highly-anticipated i am > i was lives up to the hype, studded with features from Childish Gambino, Post Malone, Offset, J. Cole, and Schoolboy Q. Just days after the release, the rapper updated the album with “out for the night – part 2” which features Astroworld rapper Travis Scott.

The record kicks off with the soulful, yet precise, “a lot,” flowing seamlessly into “break da law” featuring Metro Boomin.  On “all my friends,” Post Malone hops in with a killer hook while 21 raps about hard truths of losing friends who were just after money.

Another standout feature shines on “monster,” with Childish Gambino returning to his earlier, hard-rapping style as he and 21 rap about staying true to their values.

The album features beats from soulful to trap. It is interesting and experimental, yet still an easy listen. While it still holds true to the sound 21 fans know and love, the album is definitely a step up from previous releases and is bound to launch 21 Savage to rap stardom.

Check out one of our favorite tracks below and make sure to listen to the complete album! Don’t forget to tell us your thoughts in the comments or by tweeting us @soundigest.