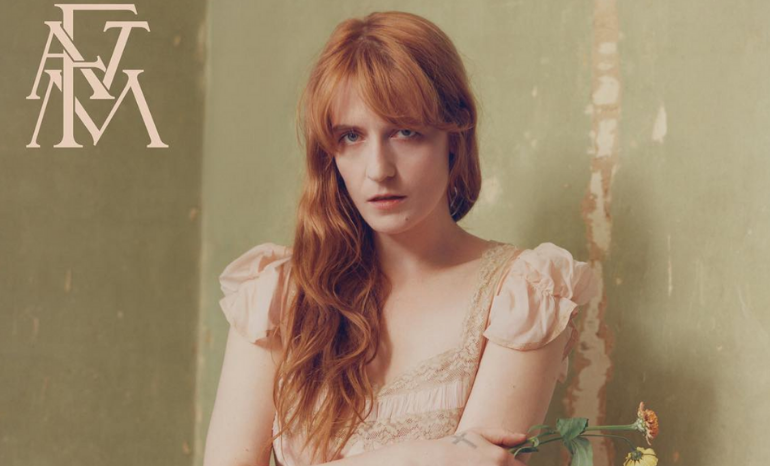 2018 has been a wild ride. Some of our favorite artists released highly anticipated albums, and there were also some newcomers making waves. The alternative music scene has become harder to define as it bends and blends genres and voices from multiple generations. Reflecting on the year and relistening to some of our favorites, here is our own list of the best alternative albums released in 2018.

After their debut album last year, we weren’t ready for another album of straight gut punches from Los Angeles band LANY. Malibu Nights is chill and catchy, but it’s also the perfect break up album. Singer Paul Klein croons through all nine tracks that flow so easily together. The lyrics are a bit sad, but they’re definitely relatable. Some star tracks include opener “Thick and Thin” and the honest “I Don’t Wanna Love You Anymore.” Malibu Nights is the perfect late-night-drive album and definitely one from 2018 that deserves a listen. We also can’t wait to see LANY bring this album to life on tour next year.

9. Thank You for Today by Death Cab for Cutie

One of the most beloved alternative bands is back with their follow-up to 2015’s Kintsugi. Death Cab for Cutie is no stranger to topping alternative, indie, and rock charts. The reason why Ben Gibbard and his crew are so successful is that they’re always willing to try something new while still sticking to their iconic sound. Thank You for Today is an album that shows growth and honesty through stories of changing times and swelling instrumentals. Their two singles “Gold Rush” and “Northern Lights” have also seen a lot of play on alternative radio stations. One must-hear song from Thank You for Today is its closer, “60 & Punk,” a song showing that your heroes aren’t always what they seem.

Post Traumatic may be Mike Shinoda’s first solo album, but we think he deserves to be on the list among some of today’s top alternative artists. Then again, as a member of Linkin Park, Shinoda is no stranger to success. Post Traumatic was made in the wake of the passing of Chester Bennington, Mike’s close friend and bandmate. The album tackles the struggles of coping with death and learning how to move forward through hardship, even when it isn’t easy. Post Traumatic also contains features from a few up-and-coming artists such as K. Flay, blackbear, and grandson. Shinoda’s solo debut must have been a difficult one to write, but it was done with grace as well as some really solid production.

Hippo Campus is back in 2018 with their second album after releasing their first only last year. The boys from Minnesota brought a set of songs that flow from one to another, truly making it an album you have to listen to from start to finish. That is something we can appreciate in a world where the charts focus solely on singles. Bambi mixes honest lyrics and fun beats. The album shows a step forward for the band musically.

Sure, Mayday Parade might have been the soundtrack to your emo days, but in 2018 the Florida boys are back with arguably the best album since their debut album in 2007. Sunnyland shows maturity but also emulates everything we love about Mayday Parade. From the heartache in opener “Never Sure,” to the classic upbeat and perfect-for-driving song, “If I Were You,” the album is solid. There are even some soft, acoustic tracks woven into the mix, and there’s emotion in every single one of the songs. So is it the biggest alternative comeback of 2018? We think so!

5. A Brief Inquiry Into Online Relationships by The 1975

The 1975 never seems to disappoint, and in 2018, the band hit us with their third album, A Brief Inquiry Into Online Relationships. The album is a mix of everything we love about the British band. It mixes heavy production, with guitars, and the occasionally jazzy symphony. Lyrically, Matty Healy tackles what it’s like living in the modern world, especially with everyone in their Internet bubble. The album sees a level of maturity as it covers big topics such as mental health, politics, and death. What also makes A Brief Inquiry a great album is that it follows a theme and it uses some great transitionary songs. Outside of a good front to back listen, the album produced some great singles that will be great when The 1975 finally premieres their stage show for the album in 2019.

4. High As Hope by Florence and the Machine

The beautiful Florence Welch returned in 2018 with her first album in three years! High As Hope is powerful and Florence’s most personal album yet. We first got a taste of the album earlier this year with the lead single “Hunger.” The lyrics hit hard, and we can feel the pain in the lyrics. Florence has one of the best voices in alternative rock. She also shows that women have the power to command the charts. High As Hope brings a mix of slow and sultry paired with drums that make you want to dance. The emotion in Florence’s new songs are so genuine. As a performer and writer, she deserves the all the praise she has received in 2018.

3. Trench by Twenty One Pilots

As one of the most successful bands on the alternative charts, 2018 has been another monumental year for Twenty One Pilots. Trench is the highly anticipated follow-up to 2015’s Blurryface, and they did not disappoint. As a concept album, Trench seemed to be a bold move. However, it ended up showing a lot of maturity for the band both lyrically and musically. Tyler Joseph wrote and produced most of the album. This even landed the band a Grammy nomination for their single “Jumpsuit.” Trench is a blend of many genres, in typical Twenty One Pilots fashion, but it works out in their favor. Through topics like mental health, love, death, and even struggling with fame, there is a story for everyone on this album. With sold out tours all over the world following Trench‘s release, Twenty One Pilots deserves all the hype as they continue to push musical boundaries.

2018 saw a rise in female performers and songwriters dominating the alternative scene. No one deserves a spot on this list more than newcomer Sophie Allison, the creative genius behind Soccer Mommy. Allison’s lyrics are brutally honest. With a crooning voice, she crafts guitars behind words showing how many girls have felt. Through relationships and personal struggles, Clean is an album that brings thoughts and feelings to life. As Soccer Mommy’s studio album debut, Clean was carefully constructed and plays to all of the band’s strengths. Additionally, touring with other females within alternative music, Soccer Mommy is pushing forward with the notion that women are here to rock.

1. Sister Cities by The Wonder Years

And coming in at the #1 spot is the Philadelphia band The Wonder Years. Through their albums, The Wonder Years have seen changes in genre from a traditional pop-punk band to the now more alternative rock. Sister Cities shows that a change can sometimes bring out the best in a band. With some of their best songs written to date, the album tackles everything from coping with loss to being in love. The band traditionally writes sadder songs, and it’s certainly something they do well. With Dan Campbell‘s powerful vocals and the rest of the band’s strong and carefully constructed instrumentals, Sister Cities really tells stories through songs. For their older fans, there are still hard rock elements keeping the band true to their origins. They also close the album with a six-minute ballad! If you have not checked out this album, it is definitely worth every minute.