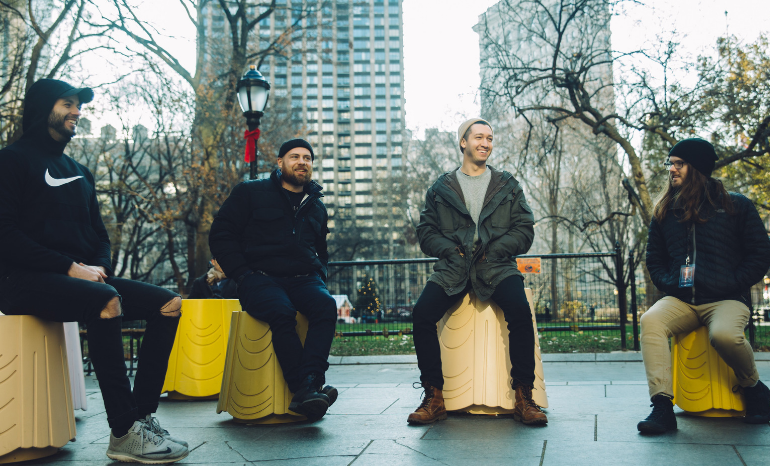 Fit For A King‘s new album Dark Skies is definitely one to listen to.  With over 5 million streams on Spotify within the first week, this Dallas-based, metalcore band is topping the metal scene. We sat down and talked to the band about their new album and what fans can look forward to in the near future!

How did you all come to be a band?

The original members all lived near each other, most went to school with each other, as for Bob and I, we met through mutual friends in the DFW music scene.

Who or what would you say inspires you all the most?

We all have so many different influences, but I’d say right now, as cheesy as it sounds, our fans really inspire us to keep pushing harder and harder to make our band as good as we can be, as people and musically.

So, Dark Skies was streamed over 5 million times in the first week and did pretty good on the charts. How would you say this album differs from your previous work?

It’s a lot more refined and thought out than our previous albums. Drew was an amazing producer to work with.

If you had to pick one song off the new album to describe the band, which would it be and why?

I would have to say it’s “When Everything Means Nothing.” It encompasses just about every element of metalcore that we incorporate throughout the album.

What was the writing process like for this record?

It was just a lot of writing and revisions. I prefer writing lyrics and stuff alone, so I’m usually off by myself while Bob and the guys work on instruments. Sometimes, I’ll pop my head in if I don’t like something.

You guys are on tour right now. What is your favorite part of being on the road?

Probably the freedom of being on the open road and seeing different places every day.

What’s your favorite song to perform live at the moment?

“Shattered Glass,” for sure.

How has it been seeing fans react to the new music?

It has been amazing. This is by far the fastest a new album has caught on.

What can the fans look out for next year? Any special projects or new music videos?

Lots of touring, especially international, and a headline tour! There may even be a “When Everything Means Nothing” music video.

Check out their most recent music video for “Oblivion” below!