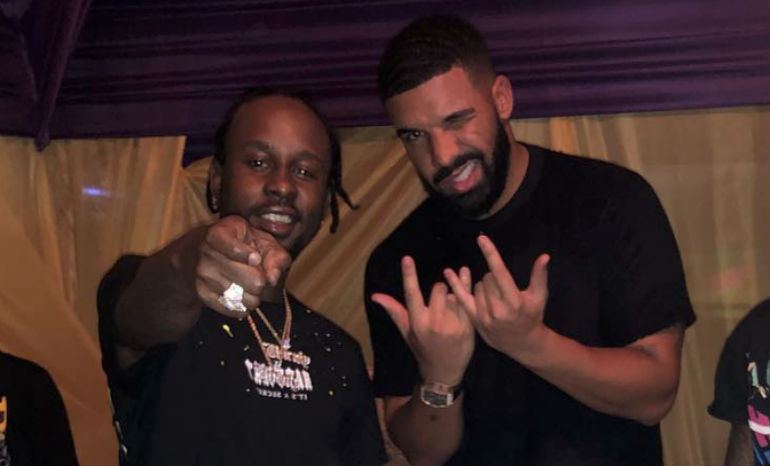 Drake surprised fans at Unruly Fest this past weekend in Jamaica with the announcement that dancehall artist Popcaan has been signed to his record label, OVO Sound, for the upcoming year. Adding Popcaan to his roster of musicians has been a long time coming, as the two have worked together in the past, making appearances on songs such as “Know Yourself” and “Controlla.”

“This is something we’ve worked on for a very long time,” Drake told the crowd. “I Just wanna let everybody know, finally. Officially, 2019 Popcaan is signed to OVO.”

OVO Sound was founded by Drake, Oliver El-Khatib, and Noah “40” Shebib in 2012. Their current roster consists of artists such as PARTYNEXTDOOR, dvsn, Majid Jordan, and Plaza, as well as in-house producers such as T-Minus, Mike Zombie, and Future the Prince.

The fam them respect my brothers 🙌🏿🙌🏿✊🏿@unrulyfest

Popcaan is a Jamaican artist, making dancehall music as well as being a singer-songwriter himself. In 2014, he signed to Mixpak Records, where he released his debut album, Where We Come From. In July of 2018 he released his second album, Forever. Not only has he collaborated with Drake, but with Jamie xx, Pusha T, Giggs, Matoma, Wale, and Gorillaz as well.

It’s no secret that Drake is one of the most successful artists out there. It seems as though anything he does is sensational in the social media world, so Popcaan is definitely in for a wild ride. In the past, Popcaan has said that “OVO is straight up family,” and continued to claim that “Drake has me as Drizzy Drake in Jamaica. So when I view Drake as a young youth that is doing well in the game it’s the same way I view myself also.”

Both Drake and Popcaan posted photos celebrating the moment, with Popcaan captioning his photo with, “The fam them respect my brothers.” 2019 is looking good for Popcaan, Drake, and OVO Sound, and personally, we can’t wait!