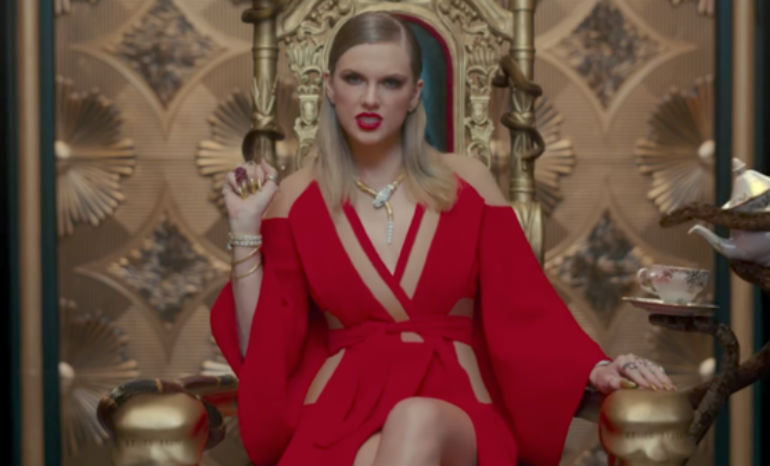 Taylor Swift has hit another milestone in her career. The music video for her first single off of her sixth studio album, reputation, “Look What You Made Me Do,” has been watched over one billion times!

I'm sorry, we can't come to the phone right now. Why? Oh because the "Look What You Made Me Do" music video just hit 1 BILLION views!!! 🙀 Anyone else rewatching the video today?https://t.co/pb1qT8M0yw

The video originally premiered during the 2017 MTV Video Music Awards. When it hit YouTube and VEVO that night, the combined total views within the first 24 hours beat out Adele‘s video for “Hello.” Within a month, the video had been watched 416 million times.

The video addresses many controversial moments in Swift’s career, including her sexual assault lawsuit against David Mueller, where she sued him for $1 and won when the jury found him guilty of assault and battery. She addresses her ex-boyfriend and music producer, Calvin Harris, by digging up a gravestone with the name “Nils Sjoberg” (her pen name that she co-wrote their song “This is What You Came For” under). At one point in the video, Swift’s backup dancers also don an “I <3 TS” shirt, which references the time that her ex-boyfriend Tom Hiddleston wore the same shirt and a media frenzy ensued.

Most notably, at the end of the video, multiple Swifts from each of her album eras fight with one another. There are 14 in total that reference different points in her career in addition to her album eras. There’s a Taylor Swift Swift, a Fearless Swift, a Speak Now Swift, a RED Swift, a 1989 Swift, a current reputation Swift, and even a 2009 VMAs Swift (when the feud with West began), to name a few. The 2009 VMAs Swift addresses the notorious feud with Kanye West and Kim Kardashian by announcing “I would very much like to be excluded from this narrative,” a quote that Swift wrote in an Instagram caption after her phone call with West (about his track “Famous” which references her) was “exposed” by Kardashian on her Snapchat story.

In response, the other Taylors all yell “Shut up!”

“Look What You Made Me Do” is her fourth video to reach one billion views, following “Shake It Off,” “Blank Space,” and “Bad Blood” respectively.