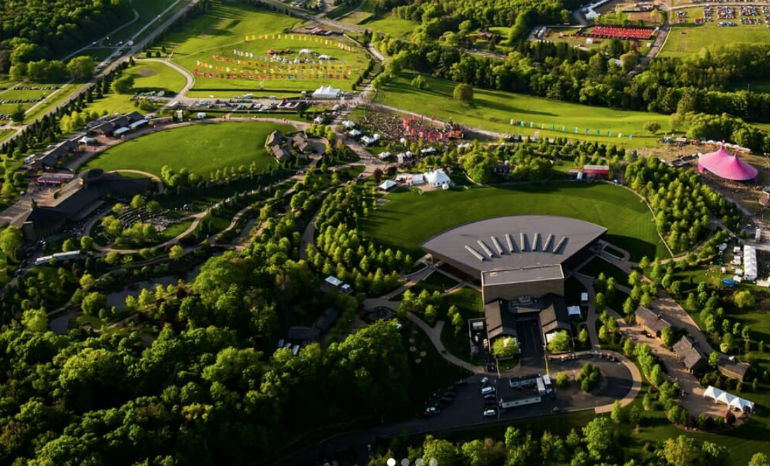 2019 will definitely be celebrated with a bang, as it will mark the 50th anniversary of Woodstock. For around the past decade, the original venue Woodstock took place at has been a beautiful place to see shows at nestled in Upstate New York. With that, the Bethel Woods Center For The Arts has officially announced that the 50th anniversary of the festival will take place on the original historic site from August 16-18, 2019.

Bethel Woods has teamed up with Live Nation and INVNT for the “Bethel Woods Music and Culture Festival: Celebrating the golden anniversary at the historic site of the 1969 Woodstock festival,” as Bethel’s official website says. Some of the highlights of the festival, besides the music, will be TED-style talks, special exhibits, and access to the Museum at Bethel Woods.

“Fifty years ago, people gathered peacefully on our site inspired to change the world through music,” Darlene Fedun, CEO of BWCA, said in a statement. “As the stewards of this historic site, we remain committed to preserving this rich history and spirit, and to educating and inspiring new generations to contribute positively to the world through music, culture, and community.”

SAVE THE DATE: August 16-18, 2019 ✌️ Together with @livenation and @INVNT we are joining forces to produce Bethel Woods Music and Culture Festival: Celebrating the golden anniversary at the historic site of the 1969 Woodstock festival! This pan-generational cultural event will feature live music, TED-style talks and special exhibits. Visit the link in our bio to learn more.

This giant 50th anniversary celebration at Bethel Woods is not produced, sponsored by, or affiliated with the partnership behind the original 1969 Woodstock Music & Arts Fair. The man who produced the original 1969 lineup, Michael Lang, who’s the face of Woodstock, has also mentioned “definite plans” for an anniversary event, but is not associated with the Bethel Woods Center For The Arts or the Live Nation event.

The original Woodstock featured the likes of Janis Joplin, the Grateful Dead, The Who, and Jimi Hendrix performing on a dairy farm in the Catskills on August 15-18, and redefined music history. This golden anniversary leaves a lot to strive for this August, and without a lineup or a release date for tickets, this will surely be making some more headlines into the new year.

Information on the Woodstock Golden Anniversary can be found HERE.