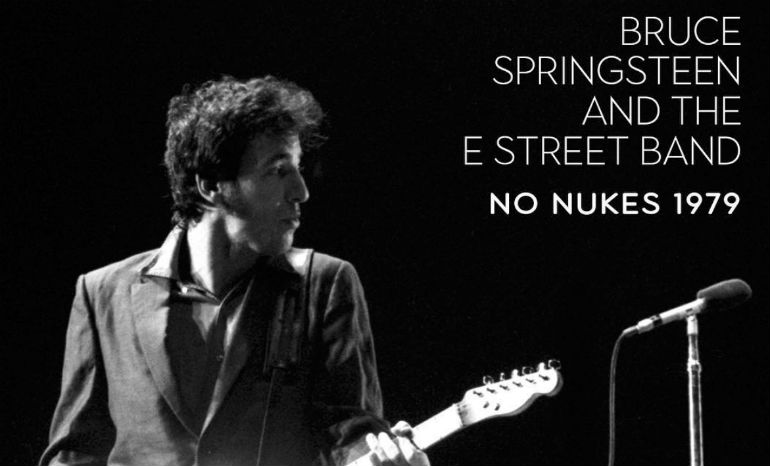 Bruce Springsteen of the E Street Band has been on everyone’s radar recently. He just finished a 14-month run at New York City’s Walter Kerr Theater in Springsteen On Broadway. What’s next after such a successful career and playing sold out shows night after night? A bit of nostalgia — that’s what’s next!

Almost 40 years ago, on September 21 and 22 of 1979, Springsteen and the E Street Band put on the No Nukes: The Muse Concerts for a Non-Nuclear Future at Manhattan’s famous Madison Square Garden. The benefit concert included popular acts such as The Doobie Brothers, Jackson Browne, Tom Petty and the Heartbreakers, Crosby, Stills & Nash and more. The show also debuted the world premiere of “The River,” and included favorites such as “Born to Run,” “Badlands,” and “Thunder Road.”

A worthy cause moved Bruce and the E Street Band to pause the recording of their new album to perform at the No Nukes benefit concerts in New York 1979. Though a few tracks were later featured in the resulting live album and film, No Nukes ’79 presents the complete sets from September 21 and 22, including the world premiere of “The River,” “Sherry Darling,” “Prove It All Night,” “Thunder Road” “Detroit Medley,” “Quarter to Three,” “Jungleland,” “Rave On” and “Stay” featuring Jackson Browne, Tom Petty and Rosemary Butler. $2 from each sale will be donated to Musicians United For Safe Energy. Get it now at @nugsnet.

Looking for a super belated holiday gift for the crazy music fan in your life? We got you covered. The iconic performance is now being made available to the public with $2.00 from each purchase going towards the benefit of MUSE (Musicians United For Safe Energy). Even though a few songs are in a film made about the concert, the entire 23-track set is now available. You can take a listen in almost any format including CD, HD and lossless.

2018 is going out with a bang for Springsteen fans, as he also released the Roxy performance from 1975 on his official archives and the Springsteen On Broadway soundtrack. Fans of Springsteen can now relive the past while looking forward to a promising future. Take a listen below to “The River” from the No Nukes Concert and consider buying the entire performance today.