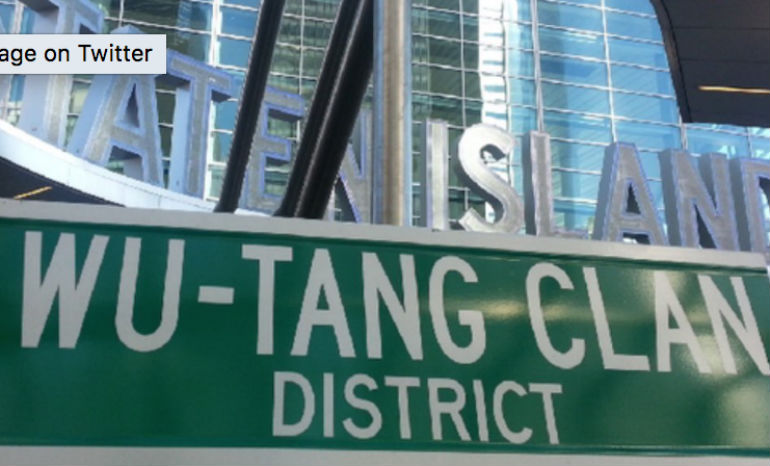 The Brooklyn block where Biggie grew up, St. James Place between Fulton Street and Gates Avenue, will be co-named Christopher Wallace Way after the rapper’s birth name. The Bedford-Stuyvesant neighborhood already pays tribute to Biggie with a large portrait mural of him as Mao Zedong about half a mile west from his old block. Part of the Wu-Tang Clan’s home borough of Staten Island, which they christened “Shaolin Land,” will now be named after them, as the intersection of Vanderbilt Avenue and Targee Street will be dubbed The Wu-Tang Clan District.

Both of these changes were spearheaded by local cultural advocate LeRoy McCarthy, who told Gothamist, “I’m happy that NYC officials are finally giving the city’s indigenous Hip Hop music the respect and recognition that it deserves. It took a long time and lots of hard work to advance the Christopher Wallace Way & Wu-Tang Clan District street co-naming, but ya know what, Hip Hop Don’t Stop.”

In honor of Woody Guthrie, Coney Island’s Mermaid Avenue between West 35th and West 36th Streets, where the folk singer moved with his wife in 1943, will be co-named Woody Guthrie Way. This block was where Guthrie raised his children and was inspired by Coney Island’s Jewish community to write songs reflecting Jewish culture such as “Hanuka Dance,” “The Many and the Few,” and “Mermaid’s Avenue.”

The New York City Council has approved the changes, but Mayor Bill de Blasio still has to sign off for these naming honors to be made official. When they’re approved, these new street names will be another reflection of the Big Apple’s rich musical history.