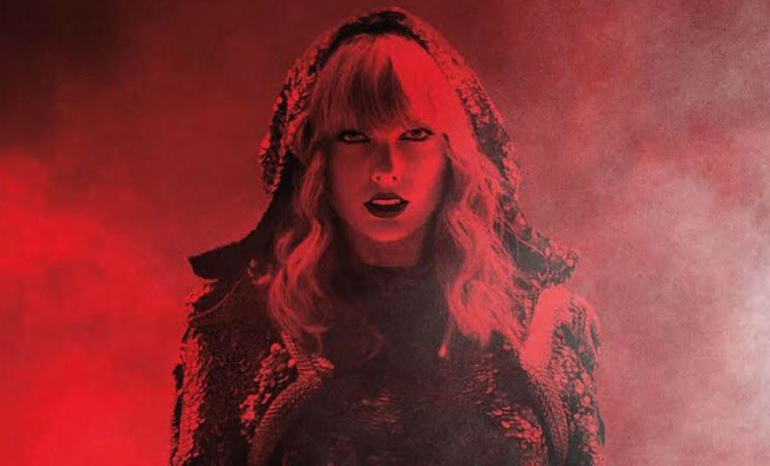 Name someone better at pulling off spectacular surprises than Taylor Swift… we’ll wait. This year, Swift partnered with Netflix to release a movie recapping her the Reputation Stadium Tour on New Year’s Eve! The 125-minute-long special presents Swift’s entire show that took place in Dallas on October 5, 2018 at the AT&T Stadium.

Taylor Swift Reputation Stadium Tour is much more than a summary of Swift’s biggest tour ever—it’s a huge “thank you” to all of her fans who have continued to support her since her teenage years and throughout her twenties. The Netflix special allows fans to see the show without spending a pretty penny. For the fans who did end up making it to her shows, they can now re-live the blissful magic that Swift created through her iconic performance.

Thanks so much for all the birthday wishes! Today I finally get to show you something we’ve been working on for a while… the trailer for the Reputation Stadium Tour! The entire concert film will premiere on @netflix at 12:01AM PST December 31. You made this tour so insanely fun for all of us on stage, and I’m really excited that we will have this memento of the memories we all made together this year. I also got to share the stage with such wildly talented people @camila_cabello, @charli_xcx, my band and dancers who shine so brightly in this film. You’re the best. Thank you for everything.

The movie begins with the exact same introduction reel that opened up every Reputation show to build up the viewers’ anticipation. Swift is shown through a supercut, which highlights all the media attention she has gained in recent years. As countless news reporters repeat Swift’s name over and over again, the speed of the clips progress to reveal the final shot. Swift is shown taking back her throne like the queen she is! She confidently crosses her legs as she sits back inside her snake-inspired kingdom. The video creates a bit of anxiety and a whole lot of excitement amongst the large crowd gathered to fulfill one goal: to have the time of their lives with Taylor Swift!

After the dramatic formal introduction, Swift appears onstage to sing “…Ready For It?” This performance’s energy was at an all-time high, which was quite obvious from the crowd’s raw reactions captured by the cameras. Perhaps the most enjoyable part of this movie is viewing the candid response from Swift’s die-hard fans. While experiencing the concert in person, we often forget to turn off our phones and cameras to take in a whole 360-degree view of the tour experience. Along with this, a majority of fans solely watch the main stage throughout the show and don’t see the small serendipitous details, like the genuine reactions of the other fans that surround them. The directors of Taylor Swift Reputation Stadium Tour did an excellent job depicting the stripped emotions of fans as they embark on an up-close and personal Taylor Swift experience.

Hold on to the memories, they will hold on to you. 💥💥💥💥💥💥 📷: @junsatophoto // @gettyentertainment

The movie is extremely smooth as it flawlessly transitions with the setlist of the show. Netflix presents the Reputation Stadium Tour to us in full, booming color, absent from any interruptions. For this particular show, Swift has a jam-packed setlist full of new bops, old favorites, intimate acoustics, and even a few hidden backtrack gems.

Another major highlight to Swift’s show was her genuine gratitude she expressed to her fans. Swift never appears rushed, tired, or uneasy as a performer. She always brings her A-game and gives fans the best energy. There were a few moments throughout the show where she took a brief intermission from the music for a personal monologue that explains her feelings and inspiration behind featured songs on the setlist. Swift radiates confidence with every move she makes, and we love her for that!

To close up the movie, the screen slowly fades to black and the crowd’s cheering drowns out. On the screen appears probably one of the most important quotes Swift has ever shared. She closes her narrative shortly and sweetly, writing “and in the death of her reputation, she truly felt alive.” Here, Swift proves that after all of the drama she’s lived through, she has learned that the only thing that matters at the end of the day is how you view yourself, which is one of the most valuable lessons we can learn as humans.

Taylor Swift Reputation Stadium Tour is available for streaming right now on Netflix! If you haven’t seen it yet, you’re in for a delightful treat! On the other hand, if you’ve already watched it about 10 times already, we promise we won’t judge you for it! More power to Swift for giving so much to her fans, and we sure can’t wait to see what she has planned for 2019!