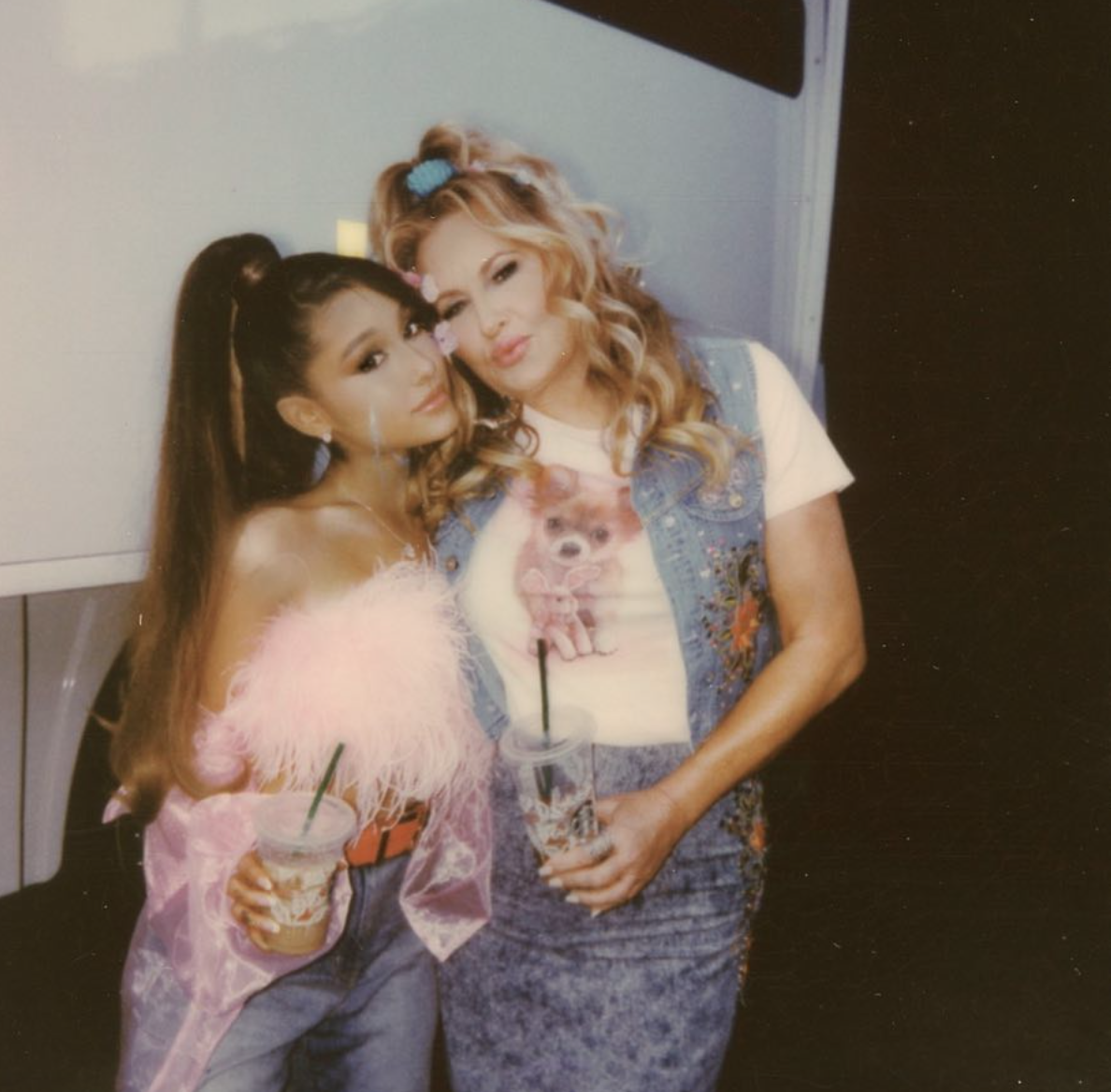 Ariana Grande‘s music video for “Thank U, Next” was certainly one for the books. It rounded out what was a tumultuous 2018 for the singer, and made the year even more memorable for pop music altogether. We mean, what could be better than combining all of the cult classic favorite romantic comedy flicks we’ve come to know and love into a whimsical music video? Grande knew exactly what she was doing and we adore her for it. Now, however, she’s giving fans a sneak peek into the process of creating one of pop music’s greatest visuals.

That’s right! Ari recently shared a deleted scene in which she stars alongside Jennifer Coolidge, who reprises her role as Paulette in Legally Blonde. They reenact the iconic moment in the coveted film where Coolidge demands her dog back from her horrid ex-husband. The behind-the-scenes look also includes outtakes starring Kris Jenner, Colleen Ballinger, and Troye Sivan.

While the songstress continues to give us glimpses into the creative processes behind her most successful year yet, she’s also gearing up for a wild 2019. The “God is a Woman” crooner recently announced her next single, titled “7 Rings.” This is a track she discussed with fans on social media this past month.

well …………. ‘twas a pretty rough day in nyc. my friends took me to tiffany’s. we had too much champagne. i bought us all rings. 💍 it was very insane and funny. & on the way back to the stu njomza was like ‘bitch, this gotta be a song lol’. so we wrote it that afternoon. https://t.co/CoczmPj1Fo

It seems to be another story of female cameraderie and empowerment, which is a total yes from us. Grande keeps up the theme of being emotionally strong despite all she’s endured, and nothing is more powerful than a woman who’s been through the wringer and came out on top.

Overall, 2019 is looking to be another strong year for the artist. She’s set to embark on her world tour, headline Coachella, and is currently nominated for two Grammy awards. If 2018 was her ultimate career peak, we can’t even imagine what’s coming next. TBH, we’re sure she’ll thrive regardless.