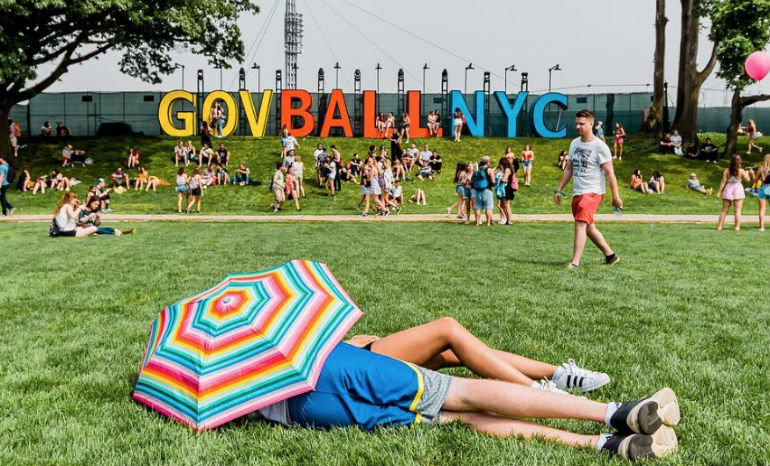 Prepare yourselves, New Yorkers! The Governors Ball is headed back to Randall’s Island this summer and the lineup is FIRE. The three-day festival will take place on its usual grounds between May 31-June 2, and trust us when we tell that you absolutely need to be there.

The iconic festival kicks off on Friday with a few acts you may have heard of. And by that, we mean HUGE acts you’ve definitely heard of. We mean, Tyler, the Creator and Lil Wayne? UNREAL. Other artists performing on Friday that we’re super stoked about are Brockhampton, Jorja Smith, Jessie Reyez, and Mitski, but believe us when we say that isn’t even half of who’s on Friday’s incredible roster.

Of course, Saturday is just as exciting. The bigger acts of the day will include Florence + The Machine, Major Lazer, The 1975, and Kacey Musgraves. That said, we’re also looking so forward to some of the rap artists who’ll be taking the stage that day, including Ty Dolla $ign and Playboi Carti. Plus, King Princess will be there, and TBH, we couldn’t be more obsessed with her if we tried.

As with any festival, Gov Ball will be over come Sunday night, but that doesn’t mean there’s not fun to be had before the doors close. During the day, you can head over to one of the many stages and see some incredible acts, including Bazzi, Lily Allen, Charli XCX, Chelsea Cutler, and so many more. Also, Sunday evening’s headliners will be The Strokes, Nas, and SZA, so Governors Ball 2019 will certainly be going out with a bang.

Interested in checking out the rest of the epic lineup? Look no further!

We told you the lineup is outstanding this year! Interested in going? Well, decide fast! Tickets are on sale NOW.