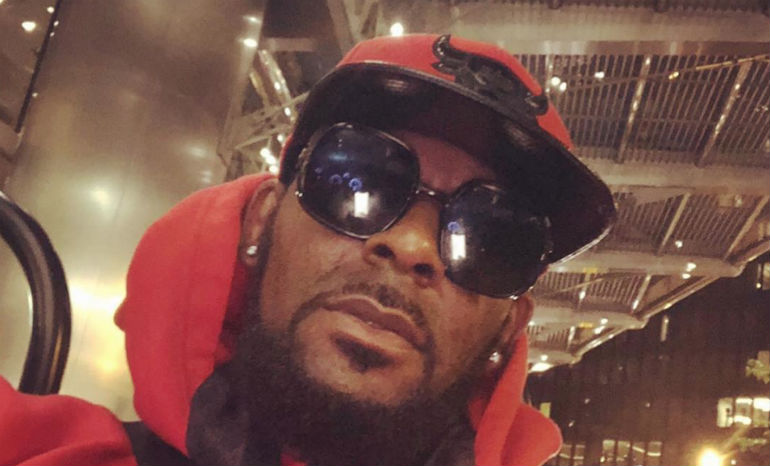 John Legend, one of the few musicians willing to appear on camera in the series, redirected the praise about his bravery toward the survivors.

To everyone telling me how courageous I am for appearing in the doc, it didn’t feel risky at all. I believe these women and don’t give a fuck about protecting a serial child rapist. Easy decision.

His proud wife, Chrissy Teigen, did the same.

I just finished it as well. Proud of john but so in awe of the strength and courage of the women involved, who survived and told their stories. I wish I could be as eloquent as John but – fuck R Kelly. #MuteRKelly https://t.co/629MAyo70z

Kerry Washington expressed gratitude that the series was “speaking truth to power.”

#SurvivingRKelly is the #1 trending topic on @twitter. Amen. Speaking truth to power.

Jada Pinkett Smith looked for fans to share insight as to why sales of R. Kelly’s music had spiked around the airing of the doc.

How is it that R Kelly's music sales have spiked (substantially) since the release of the docuseries Surviving R Kelly? I need some help in understanding. What am I missing??? pic.twitter.com/pysqVxLzyi

Omarion announced that B2K would be retiring all songs written by R. Kelly after their reunion tour.

While I know our fans would be greatly disappointed if we didn’t perform those songs on #TheMillennoumTour , after the tour I am retiring those songs from my set list . I too am raising a future queen. #A.A.R.T.
(Artists Acknowledging Responsibility & Truth) Peace y’all. ~O

JoJo thanked her mom for protecting her from R. Kelly and other predatory men when she was a young pop star.

so so thankful 2have had my mom by my side (THANK U MOM I LOVE U MADLY) who 1- never left me alone for a second until I turned 18, 2- never let me work w R Kelly when I begged her to 3- never let me get too close to other predatory men who wanted to do who-knows-what to me

this surviving r kelly series really has me pissed to start the new year. get this man tf outta here. please. he beyond trash.

Fellow R&B singer Ne-Yo declared that music “is not more important than our children.”

<strong>Kathy Griffin</strong> thanked producer <strong>Dream Hampton for making <em>Surviving R. Kelly</em> and then suggested more white people weren't speaking up about R. Kelly because they were afraid to look racist.

Not everyone directed their anger toward R. Kelly himself, however. SNL‘s Leslie Jones expressed sadness toward what happened to the girls, but ultimately blamed the grown-ups.

Man after seeing the surviving R Kelly if I had a daughter I would never post her pic. She can’t go outside nothing lol. My dad was so strict we couldn’t spend night at no body house. He did not play. My heart goes out to those girls cause the grown ups supposed to know better.

Clearly, people have been doing a lot of thinking about the docuseries. Still, the one thing we should all agree on is that sexual abuse and any type of abuse is never okay under any circumstances.

Did you watch Surviving R. Kelly? If so, drop us a comment with your thoughts, or hit us up on Twitter @soundigest.