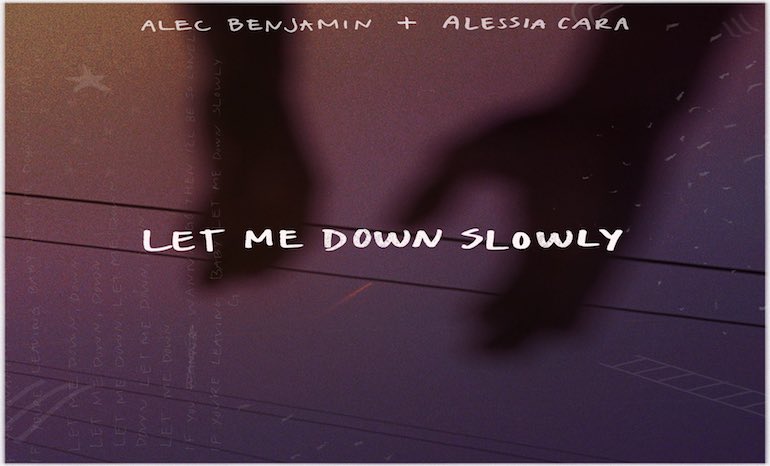 Alec Benjamin’s career has been skyrocketing lately with no signs of slowing down anytime soon. The young singer-songwriter from Phoenix released his debut album, Narrarated For You mid-November last year, which has opened the door for tours, TV-show appearances, such as his appearance Late Late Night Show with James Cordon, and the respect of many other incredible musicians.

Recently, Benjamin dropped a remix of one of his most popular songs from his latest album, “Let Me Down Slowly,” this time turning the song into a duet with Alessia Cara. A release of a remix usually causes some skepticism because how could it ever compare to the original, but we have to say we’re absolutely loving it.

You may know Alessia Cara from her hit single, “Scars To Your Beautiful,” which seems to always be playing on the radio. The combination of Cara and Benjamin’s voices gives an enchanting sound to the song. Making the song a duet also provides a new element to “Let Me Down Slowly,” now showing both sides to a breakup and telling a deeper story. Her voice is the perfect fit for the tempo of the song, pulling the listener into its storyline.

As Cara sings, “I hold on to little pieces of what we were // I know we’re long gone, but take it easy because it hurts,” we can’t help but feel our past breakups all over again. Each artist took a verse and chorus individually, but the two beautifully joined their voices together for the bridge and the final chorus. We honestly couldn’t take, and it’s quite possible that we now prefer this version over Benjamin’s original. Listen to it below:

Benjamin finished his first headlining tour at the end of 2018, and he has already announced another tour for the spring of this year. The Outrunning Karma Tour begins in San Francisco on March 29 and will end in LA on May 9. His previous tour sold out completely and rather quickly, but it’s a show you won’t want to miss so get your tickets ASAP! check out the rest of the dates :