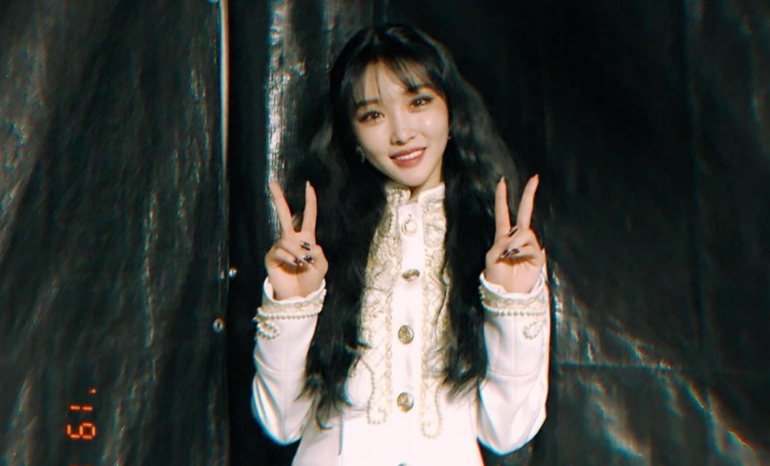 The new year has just begun, and Chung Ha has kicked it off with the release of her new single “Gotta Go.” The former I.O.I. member made her solo debut back in 2017 with her first mini album Hands on Me, and Chung Ha has shown that she is capable of different vocal styles. A common thread of tropical house can be heard in many of her tracks, and “Gotta Go” is no exception.

In “Gotta Go,” Chung Ha sings of wanting to proclaim her love for a guy before the clock strikes midnight and she has to leave. The lyrics and Chung Ha’s delivery are sultry, but the style of the song is restrictive for her. Her voice only really grabs my attention in the bridge where she holds the last word of the line. Shorter phrasings would have been better as at times it sounds like she is rushing at the end of lines. The production is seemingly more concerned with the synth vocal additions.

However, Chung Ha’s transitions from Korean to English are smooth. Despite this, the rather basic EDM track underneath reduces the overall track to a generic pop song. The record simply does not stand out enough. I will say, though, that I do enjoy the unique pan flute melody; I just wish that the rest of the track could have followed that originality.

Overall, “Gotta Go” is not a bad song, but rather boring and what many listeners have come to expect from much of the current pop trends. Based on her previous releases like “Bad Boy” and “Hands on Me,” Chung Ha has an inherent groove and effortlessness to her voice. “Gotta Go,” frankly, does not show that. The style and direction of “Gotta Go” does not work for Chung Ha. Hopefully, we will see her in a more suited element in future releases.