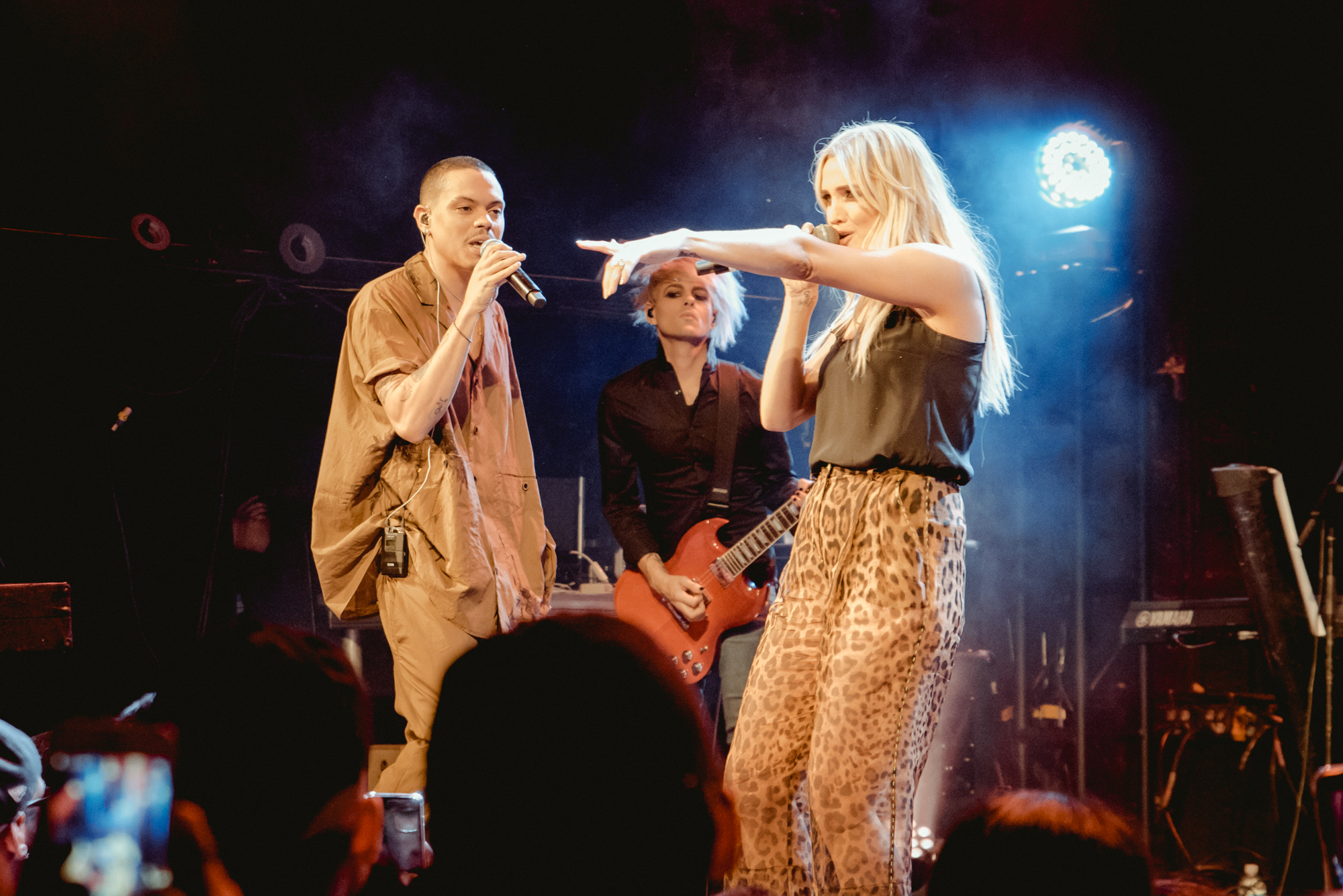 A few months back, we introduced you to the duo known as Ashlee + Evan, also known as Ashlee Simpson and Evan Ross. The married duo are currently on their first tour together, playing eight small club dates throughout the United States. They kicked off the mini-tour in New York City at a packed out Bowery Ballroom, filled with ecstatic fans of all ages. The crowd was decked out in Ashlee + Evan merchandise, and several people even rocked some old-school Simpson merch!

Despite only having one EP out, which consists of six songs, they played an electrifying hour-long set. Although Evan experience success on the big screen and grew up in a musical family (his mother is the one and only Diana Ross), this was his first public show, as well as the start of his first tour ever. Those musical genes were definitely passed down through genetics, because he killed the stage.

Even though this tour is meant for fans to be able to witness the duos music live, they each had some alone time onstage, too. Simpson is very aware that without her past solo music, she wouldn’t be where she is today. That’s why, the singer was sure to thank her OG fans and perform hits like “L.O.V.E,” “Pieces of Me” and “La La.” At one point, she asked the crowd to hold up their phones and put their flashlights on because she’s “never played a show where people put their phones light up.” It was so pure and bittersweet to see how enthusiastic she was to be back onstage and seeing her fans again.

Be sure to check out Ashlee + Evan’s self-titled EP, and Jess Tyler’s photos from the show HERE: