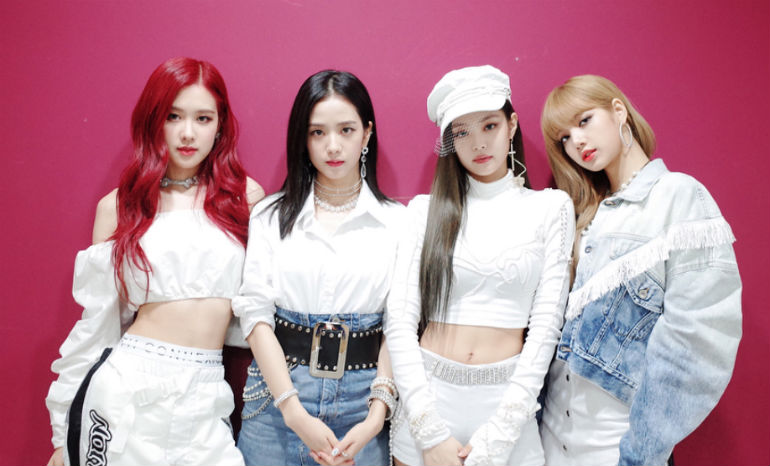 YG Entertainment’s powerhouse girl group Blackpink debuted on August 8, 2016. Since their debut, they’ve taken Asia by storm with only a handful of songs in their discography. Now, they’ve set their sights even higher. Here’s what you should know:

Blackpink is a Korean girl group made up of four members: Jennie, Lisa, Jisoo, and Rosé.

Blackpink is the best-charting girl group in the history of K-pop. When they dropped their Square Up EP back in June 2018, it debuted at 55 on the Billboard Hot 100. It was the first time since 2009 that a Korean girl group was featured on the chart and the first time ever that any female K-pop artist ranked with a non-English song. Their Square Up EP also debuted at No. 40 on the Billboard 200, and that’s the highest a female Korean group has charted in history.

😫🖤 To all our Blinks who are supporting us!! You guys mean the world to us and we’re constantly taken aback by all the love, love, LOVE you guys have been pouring on us! We hope we can pay it all back someday and we’re just so thankful to have you guys. 1st place on 음악중심 goes to all you Blinks once again! you deserved it 💋💋

When Blackpink debuted in August 2016 they broke the record at the time for the fastest win for a female rookie group on a music program. With their debut single “Whistle”, Blackpink managed to win only 13 days after their debut on Inkigayo. “Whistle” and “Boombayah,” from their debut mini-album Square one, also hit spots No. 1 and No. 2 on the Billboard World Digital Songs chart.

Blackpink has released albums in Korean and Japanese. While they are a K-pop group, their success in Japan has been so great that the girl group recorded their hit songs in Japanese and released a Japanese EP.

On October 19, 2018, Dua Lipa and Blackpink released Kiss and Make Up. The song debuted at No. 36 on the UK Singles Chart, making Blackpink the first K-pop girl group to reach the top 40 on that chart. The song also debuted at No. 93 on the US Billboard Hot 100.

It was recently announced with the release of Coachella’s lineup that Blackpink will be performing during both weekends this year. The group is making history as the first female K-pop group to ever perform at the music festival. This will also be Blackpink’s first performance ever in the United States.

7. In Your Area World Tour

YG Entertainment announced in early January that Blackpink’s In Your Area 2019 world tour will have stops in North America, Europe and Australia. The dates and exact locations have yet to be announced.

Blackpink is wildly successful already, and they’ve accomplished so much with only nine songs in their discography. YG Entertainment confirmed that the girl group will have a comeback in March 2019 with their first full album. This new music will arrive just in time for Coachella and their world tour.

YG Entertainment has started a solo debut project for each of the four members of Blackpink. The first of the four members to get a solo single is Jennie. On November 12, 2018, Jennie’s solo single, “SOLO,” was released. The song topped the iTunes charts all around the world and the Billboard World Digital Song Sales chart. In Korea, the single was a certified all-kill on all the charts. Currently, the “SOLO” music video has surpassed 150 million views on YouTube.

While this girl group has dominated the charts with a limited discography, they’ve made an impact visually as well. In 2018, Chanel brought Blackpink member Jennie on as a brand ambassador for Chanel Korea and made her the face of their makeup line, Chanel Beauty. Jennie is not the only member making a visual impact, though. Lisa was featured on the cover of Nylon Japan in July last year. To promote her cover, she filmed a special preview video where she fluently spoke Japanese.

2 thoughts on “Blackpink: Everything You Need to Know About K-Pop’s Biggest Girl Group”