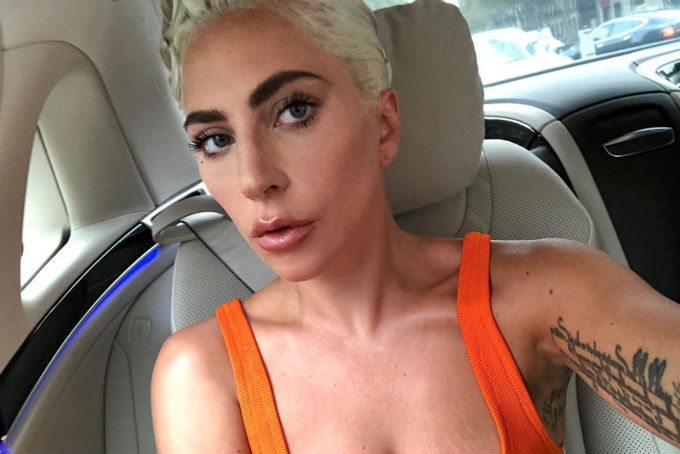 Even if you haven’t seen Lifetime’s Surviving R. Kelly docuseries yet, you’re probably well aware that he is currently under investigation for multiple accounts of sexual abuse. In the series, several of his victims bravely come forward to share what the musician has done to them, and let us be the ones to tell you — their stories are seriously chilling.

Of course, now that this story is getting the media attention it deserves, people are absolutely horrified. Not only is the general public (including fans of his music) mortified by the reports of his abuse, but other musicians, many of whom worked with him directly, are utterly disgusted. In fact, some are even taking action in efforts to show the victims they stand with them, and not against them — like Lady Gaga for example.

That’s right! The 32-year-old pop star, who is a sexual assault survivor herself, took to Twitter on Jan. 10 to not only show support for the women, but to take action against R. Kelly by removing the song they worked on together, titled “Do What U Want (With My Body),” from streaming services completely.

I stand by anyone who has ever been the victim of sexual assault: pic.twitter.com/67sz4WpV3i

She wrote, “I stand by these women 1000%, believe them, know they are suffering and in pain, and feel strongly that their voices should be heard and taken seriously. What I am hearing about the allegations against R Kelly is absolutely horrifying and indefensible.”

The “Million Reasons” singer also explained why she released the song and video in the first place, saying she was in a very dark place and hadn’t yet processed what she’d been through herself.

“As a victim of sexual assault myself, I made both the song and the video at a dark time in my life, my intention was to create something extremely defiant and provocative because I was angry and still hadn’t processed the trauma that had occurred in my own life,” the “Joanne” crooner said.

“The song is called “Do What U Want (With My Body),” I think it’s clear how explicitly twisted my thinking was at the time. If I could go back and have a talk with my younger self I’d tell her to go through the therapy I have since then, so that I could understand the confused post-traumatic state that I was in.”

She continued by saying she will move forward by actively supporting all victims of sexual assault, regardless of the fact that she’s been a huge supporter all along. Back in 2015, for example, she released a song for survivors called “Til It Happens To You,” which was a statement on the prevalence of campus rape.

In closing, the A Star Is Born actress promised fans that she would never work with R. Kelly again, and also that she’d be removing the song from iTunes and all streaming platforms.

“Til it happens to you, you don’t know how it feels,” she said. “But I do know how I feel now. I intend to remove this song off of iTunes and other streaming platforms and will not be working with him again. I’m sorry, both for my poor judgement when I was young, and for not speaking out sooner. I love you.”

Bravo, Gaga. We all stand behind you, your decision, and of course, the victims.

2 thoughts on “Lady Gaga Apologizes for Working with R. Kelly and Removes Song From Streaming Platforms”