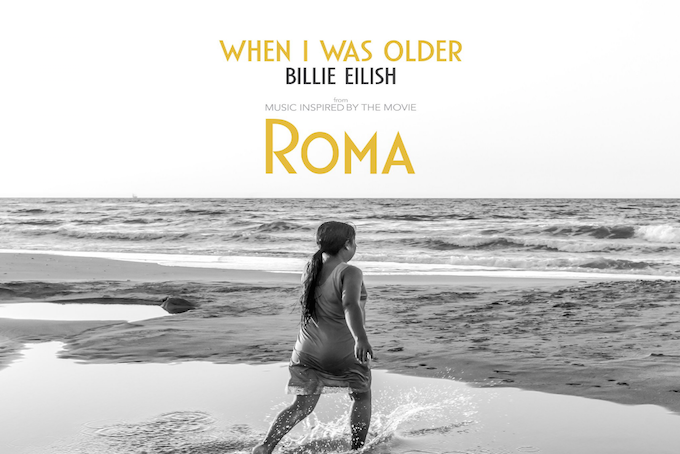 17-year-old multi-platinum pop star Billie Eilish just dropped her latest track, “When I Was Older,” and honestly, we can’t stop listening! Like many of the her other hits, this track was written by Eilish and her older brother, Finneas O’Connell.

“When I Was Older,” from Music Inspired by the movie Roma, starts off with a quiet, haunting piano melody. Eilish comes in 30 seconds into the track, her voice barely above a whisper. Compared to her other songs, this one makes more use of autotune. It sounds more experimental, but has the same melancholy feeling that lingers throughout each of Eilish’s releases.

About one minute in, the backing track cuts out entirely, leaving Eilish completely a capella. But this doesn’t last long — the backing track comes in, building more and more as the song continues. It also grows more experimental, with more autotune and less of the silky-smooth vocals Eilish flaunts on tracks like “Come Out and Play.”

The song starts and ends with the same line: “When I was older, I was a sailor on an open sea.”

“WHEN I WAS OLDER” out 1/9. inspired by the film @romacuaron on @netflix

Roma, directed by Alfonso Cuarón, takes place in 1970’s Mexico City. The film follows the tale of two women: Cleo, a young woman working as a live-in maid of an upper middle class family, and her employer Sofia. The black-and-white film is nostalgic and dream-like, and the song’s haunting and dreamy vibe matches its tone.

Billie Eilish has become a mainstay in the spotlight. “When I Was Older” isn’t her only commercial success. Her single “Come Out and Play” was recently featured in an Apple commercial. Since its release, her debut EP has garnered over 3.5 million streams.

“When I Was Older” is out now via Interscope Records, and will soon be released as part of a full-length Music Inspired By Roma album on Sony Music Masterworks. We can’t get enough of it! Listen to it here: