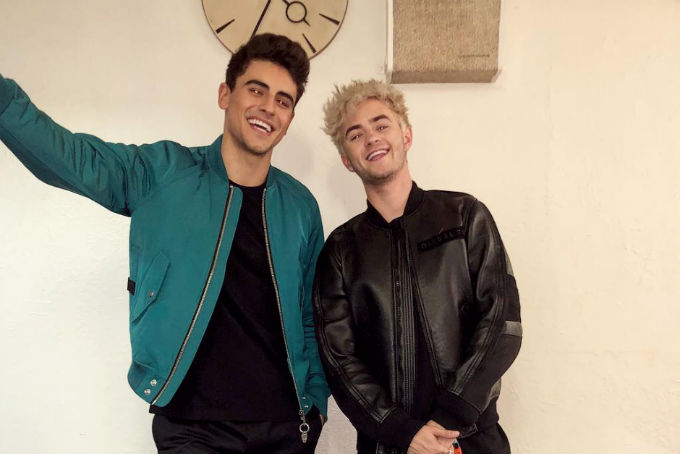 The on-the-rise dynamic duo Jack and Jack have released their latest single “Tension,” and TBH, and they really went off!

The Nebraskan natives, Jack Johnson and Jack Gilinsky, have been best friends since kindergarten and they’ve always had a love for music. Like many celebrities these days, they got their start through social media, gaining a mass following on an app called Vine. Since then, their loyal fans have stuck by their side, even during their come-up in the music industry.

Recently, the duo was featured on English DJ, songwriter and producer Jonas Blue‘s single called “Rise,” which brought them a lot more recognition. But now, their new single “Tension” has arrived, which is the first from their debut album out January 25.

Make sure you guys pre-save #AGFIN! Trust us… you’re gonna have it on repeat. https://t.co/XNoLwdvYpF pic.twitter.com/Gk1Safq6Gi

The song is about the tension between a newly broken up couple, and the need to get rid of it. It’s definitely a new sound for the boys, and it’s a mix of Gilinsky’s infamous raspy voice and falsetto with Johnson’s clever and metaphorical raps. The song is the perfect pop hit with a hint of R&B, and the beat hits so hard that it’s sure to be a hit. If this single is just a small hint at what their album will be, we have absolutely nothing to worry about.

Jack & Jack are also set to start their Good Friends Are Nice Tour, which kicks off in February, and of course, tickets are going FAST. Want to snag a couple? You can find tickets to their concerts right here.

In the meantime, you can watch the “Tension” visual below. Be sure to let us know what you think about the song and visual in the comments section below, or on Twitter @soundigest.