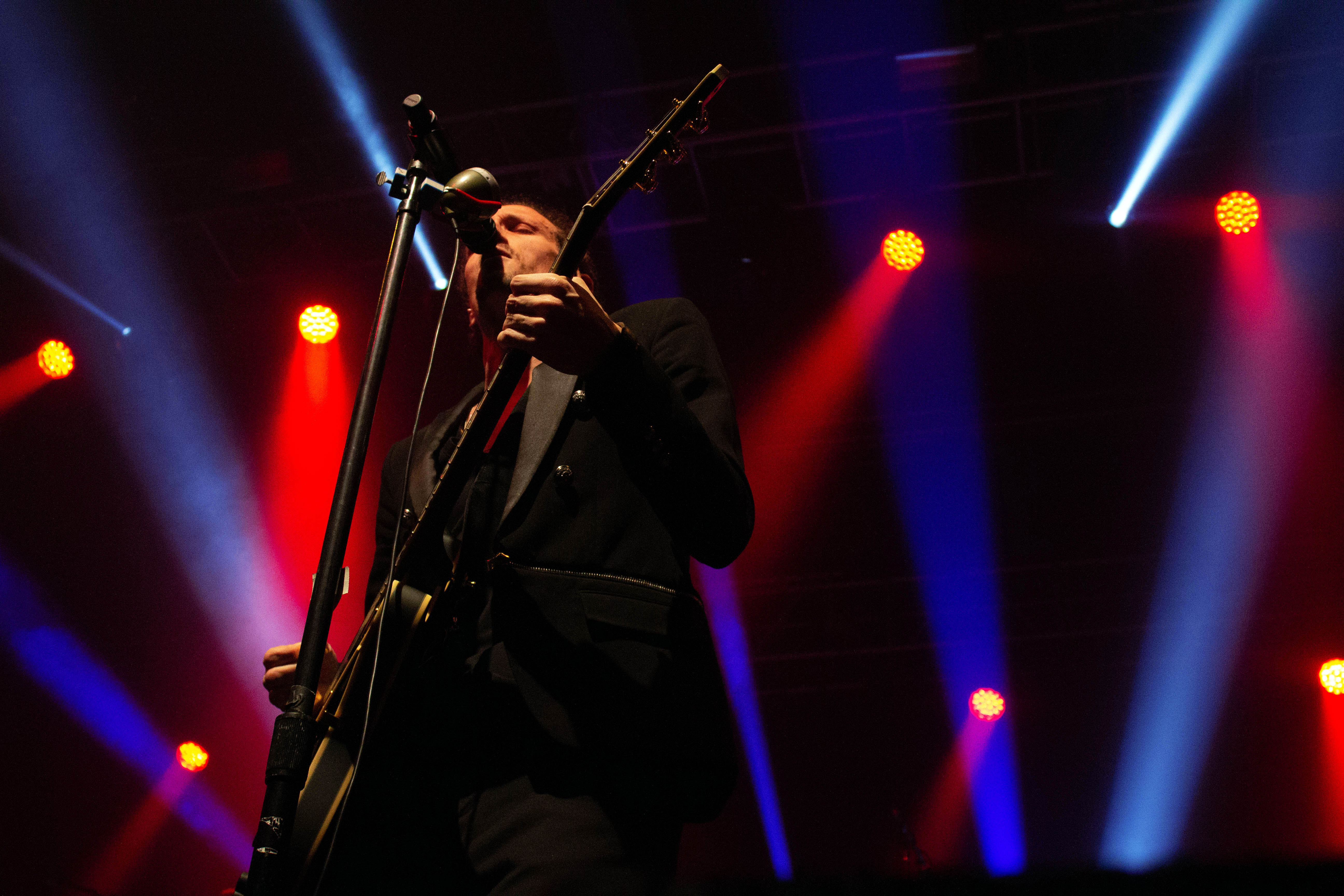 Artists usually come back on stage for an encore following their set, but how often do they come back again for a second time? Not many — I can tell you that! New Orleans-based rock group The Revivalists satisfied fans at Boston’s House of Blues last Sunday night when they returned not once, but twice after the crowd refused to give up their persuasive chanting.

Prior to The Revivalists set, the sold out venue was packed with concert-goers of all ages, ready for a groovy evening. After American Authors kicked off the night jumping around the stage with an upbeat performance, the room buzzed with talk of what songs the 8-piece band would pick for the night’s set list.

The group began with “Oh No,” a rock-and-roll-fueled track off their current album, Take Good Care. The funky guitar solo brought the room back in time to the ’70s. Their set was new music heavy. “You and I,” “All My Friends,” “Got Love,” and seven other songs were performed from the soulful new LP.

With a large band, you’d think each member would have trouble standing out. Think again. Paulet PJ Howard was so animated, and he caught my eye by standing up at his drum set and hitting his sticks over his head to the rhythm. He almost seemed as if he was having more fun than frontman, David Shaw. At one point, Shaw disappeared for a bit and suddenly reemerged, stunning the audience as he jumped over the photo pit onto the middle platform. Even Michael Girardot started a successful crowd clap from his keyboard in the back.

The Revivalists sure are one energetic band. They gave out high-fives, debuted quirky yet infectious dance moves, and even borrowed a fan’s striped rainbow sleeves. I can’t remember the last time I went to a show that had such a lively audience. Everywhere I turned, people were swaying, sharing drinks and embracing with friends, family and strangers. The House of Blues was completely transformed into one giant party — disco ball included. I arrived that night alone, and left feeling like I had attended the concert with my best friends.

For the first encore, the vibe slowed down during “The Other Side of Paradise,” a ballad with a chorus-like element that gave me chills. Following, the familiar riff of The Rolling Stones‘ “Miss You” permeated throughout the venue. Of course they couldn’t finish without playing “Wish I Knew You,” the track that originally put The Revivalists on the charts. The second encore consisted of a cover of Pink Floyd‘s “Have a Cigar.” Faces lit up as Shaw’s shirt came off, hair came down and the room rocked out to the psychedelic tribute.

Towards the beginning of the concert, the band announced that they’ve been coming to Boston for a few years now and have never had a bad show in this town. Shaw ended the night by saying, “Thank you so much, y’all. This was an absolute blast. We’ll see you again.” Clearly New England’s wicked spirit exceeded The Revivalists expectations once again.