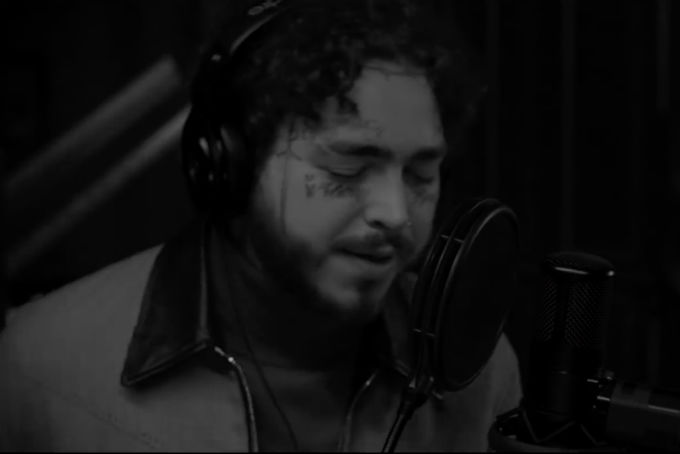 Post Malone and Swae Lee‘s “Sunflower” led the pack on the stacked soundtrack for Spiderman into the Spiderverse. Although the song is featured in a Spidey music video, the two came out with their own this week. Already, the video has garnered 7.5 million views.

The black-and-white video is super low key, made of cuts from their studio sessions and live concerts. However, the casualness of the video fits in super well with the vibe of the song. You can tell that the artists were having a blast putting it together, and it the end, they created a professional yet homegrown piece.

The song’s energy fits nicely with the carefree footage of the artists doing what they do best, and although the video is pretty chill, it’s hard to deny that some of it looks like a Beats commercial. Aside from the obvious product placement, though, it’s still a music video that will make your heart feel all warm and fuzzy.

But wait, there’s more. In addition to the music video, “Sunflower” also just hit number one on the Billboard Hot 100 this week! This is the first chart topper for Swae Lee, and the third for good ol’ Posty. It seems like the success of this track could be a potential jumping point for Swae’s solo career. He’s already been featured on hits like French Montana’s “Unforgettable” and “Black Beatles” with Slim Jxmmi Featuring Gucci Mane, so we predict even more successful collabs in his future. So far, “Sunflower” is his most successful feature to date, and we’re sure he’s not going to stop now.

Haven’t had the chance to check out the Post Malone and Swae Lee’s “Sunflower” video? Look no further! You can watch the music video right here. When you’re done, be sure to let us know all of your thoughts on the song and its corresponding video in the comments below or on Twitter, @soundigest.