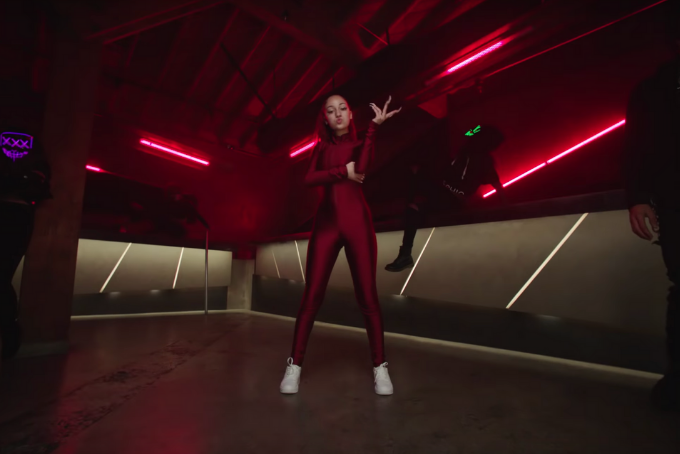 Hate to love her or love to hate her, Bhad Bhabie kicks off 2019 with “Babyface Savage.” The viral 15-year-old, whose real name is Danielle Bregoli, dropped the single featuring Tory Lanez. Bhad Bhabie shows off a steady flow backed by a hard beat. Who would have thought that the “Catch me outside” girl would have come so far?

The track really does go off. “Babyface savage, bitch, I don’t play Patty Cake,” raps Bhad Bhabie. She makes it very clear that, despite her age, she is able to keep up with the big dogs. The song seriously is just so catchy and fun. It’s a song that we don’t necessarily want to like, but we can’t resist.

The video is heavily inspired by dark and neon contrasts as well as “The Purge” films. This is the perfect backdrop for a badass song like this. Lanez hops in for the second verse and is a strong feature for the song and video. Bhabie rocks her signature bright red hair and long nails in the video. Most 15-year-olds are worrying about their geometry homework but not this one. She’s too busy counting all of her money.

I see u all fuckin wit Babyface Savage 😁 thank u 🖤 just a taste of what’s to come this year, Bhabie just warming up 🔥👅

This is the first single for Bhad Bhabie since her mixtape 15‘s release a few months ago. Her numbers and fans prove that she is more than just a quick fad. She is making a name for herself in the hip hop world, and it’s exciting to see what’s to come in 2019.

Check out the video below and see “Babyface Savage” for yourself.