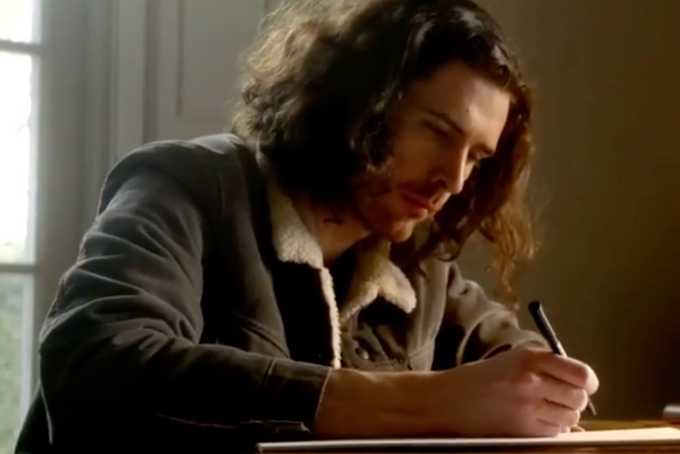 Ladies and gentlemen, the wait is finally over. Well, almost. After dropping his EP, Nina Cried Power, in September 2018, almost four years after his self-titled debut album, Hozier has FINALLY announced the release of his highly-anticipated sophomore album. Yes, you read that right.

The “Take Me to Church” singer’s next album, titled Wasteland, Baby!, will be released on March 1, 2019, and we’re practically dying of impatience barely one day after its announcement! However, to tide us over, Hozier has released his second single from the album, “Almost (Sweet Music),” and we have to say, we’re very into its upbeat vibe. If you’re wondering which song was the record’s first single, it’s number three on the tracklist—”Movement,” released on November 14, 2018. If you haven’t listened to it yet, we highly recommend you get on that.

The announcement came in the form of a video showing the artist completing a list and ending it with the phrase, “Wasteland, Baby!” as well as the album’s release date. I’d be lying if I said I didn’t immediately gasp upon watching it. It was clear that the list he was completing was the tracklist for the LP, and at the end of the clip, viewers were given a complete shot of the list in addition to a pan of the album’s cover art, which we already adore!

I'm thrilled to announce my new album #WastelandBaby will be released on March 1st and you can now listen to a new song called Almost. 🎵 https://t.co/a3jeHWauiA pic.twitter.com/cTxBeW9MyR

Hozier’s music has brought a level of depth and intricacy to the mainstream music scene that we were, frankly, missing, so to say that we are looking forward to the drop of his next project is an understatement. His knack for storytelling and his incredible musicianship are talents that are hard to come by—and even harder to come by together. Listen to Hozier’s latest single, “Almost (Sweet Music),” below and keep an eye out for the drop of his second LP on March 1!