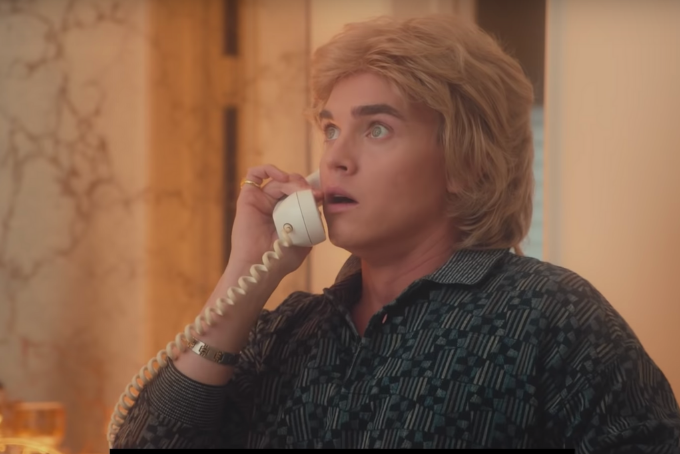 Jesse McCartney is back with a music video for his latest single, “Wasted,” which was released back in September 2018. He decided to poke a bit of fun at his past—if you didn’t know, McCartney starred in soap operas back in the early 2000s—by making his music video into a mini-series called The Young & The Wasted”. All My Children and Summerlandare the two main soap opera shows that he acted on almost two decades ago.

Jesse’s girlfriend of over five years, Katie Peterson, is featured as the love interest in the video sporting a brunette wig and a neon pink jumpsuit. Jesse plays four different characters in the video. Our personal favorite character he played was a drunk mother figure with red lipstick and a drink always on hand. His other characters were Ricky Moonstruck—your typical good guy, Brock Donahue—a leather jacket and bandanna-wearing tough boy, to Chamberlain—an older businessman with a large feather quill.

The #Wasted official music video is OUT! All 5 of my personas had a killer time making this fun video! Me, Ricky MoonStruck, Brock Donahue, Chamberlain, Aunt Marge, and “Veronica Slaughter” a.k.a @katielaurapeterson all hope you like it! Check out the full video at the link in my bio. Shoutout to @iammelissalynn for the unbelievable styling/wardrobe and my director @jasonllester for masterfully executing the vision!! ENJOY! 😎

The end of the video cuts to McCartney himself sitting and watching the daytime soap opera he just starred in as he mocks himself by saying, “Soap operas never make sense.”

You can watch his new “Wasted” music video here: