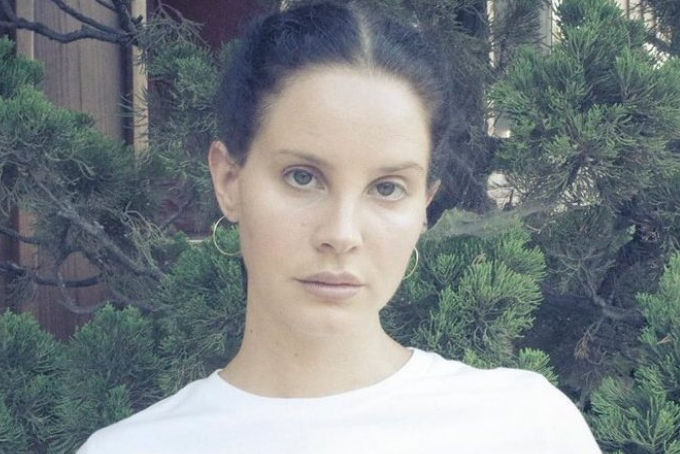 After her Grammy-nominated fifth album Lust For Life, Lana Del Rey is about to embark on her profound songwriting journey once again. While the release date has not yet been announced, it’s highly likely it will be sometime very soon. In the meantime, the artist has released a string of tracks that stay true to her old-time sound. There have been many developments leading up to Del Rey’s highly-anticipated project—here’s what we know so far.

1. Jack Antonoff is the producer.

Hitmaker machine Jack Antonoff is the producer behind some of pop music’s most popular artists like Taylor Swift, Lorde, and P!nk. It was suspected that the duo was working together after Del Rey posted a photo of the two in matching outfits. Soon after, Antonoff confirmed that he was collaborating with Del Rey on her new album. It’s sure to be a bonafide smash if he’s behind the scenes.

In a recent interview with Zane Lowe, Del Rey revealed the title of her sixth album as Norman Fucking Rockwell. She delved into the significance behind the name, saying, “Working with Jack [Antonoff], I was in a little bit of a lighter mood because he was so funny. So the title track is called ‘Norman Fucking Rockwell’ and it’s kind of about this guy who is such a genius artist but he thinks he’s the shit and he knows it and he, like, won’t shut up talking about it… I just like the title track so much that I was like, ‘OK, I definitely want the record to also be called that.”

Throughout 2018, Del Rey released a thread of songs that will most likely be featured on her new LP. “Venice Bitch,” “Mariners Apartment Complex,” and most recently this month, “hope is a dangerous thing for a woman like me to have – but I have it” are all strong tracks that deserve a spot on her latest project.

In “Venice Bitch,” Del Rey reveals a more positive outlook on love—a big difference compared to her previous tracks. “I can’t even remember what I was thinking, but I think when I was writing this song, it was a more happy take on love and it was just sort of about like, ‘I tour, you write. We make it work,'” she said in a recent interview about the song.

She even reminisces about the conflicting feelings her managers felt about the single saying, “I played it for my managers and I was like, ‘Yeah, I think this is the single I want to put out.’ And they were like, ‘It’s 10 minutes long. Are you kidding me? It’s called ‘Venice Bitch.’ Like, Why do you do this to us? Can you make a three-minute normal pop song?’ I was like, ‘Well, end of summer, some people just wanna drive around for 10 minutes get lost in some electric guitar.’”

With “Mariners Apartment Complex,” it takes on the reality of an emotionally complex ballad. “This song is kinda about this time I took a walk late at night with the guy I was seeing and we stopped in front of his friend’s apartment complex, and he put his hands on my shoulder and he said ‘I think we’re together because we’re both really similar, we’re both really messed up,” said Del Rey. “I thought that was the saddest thing I ever heard. I said ‘I’m not sad, I didn’t know that you thought you were relating to me on that level… I’m actually doing pretty good.'”

“hope is a dangerous thing for a woman like me to have – but I have it” is a haunting, brooding ballad. It’s Del Rey’s signature—floating in a dream state while making references to world-famous poet and writer Sylvia Plath. The song maintains the theme of mentioning well-known creatives—suitable for an album named Norman Fucking Rockwell.

There have been rumors of Del Rey’s potential collab with Machine Gun Kelly. In a snippet posted on the artist’s official Instagram page, Kelly can be heard rapping, but the post has since been deleted. The rapper did reveal last year that he would be working with Del Rey. Whether it will be on her next full-length album is still uncertain.