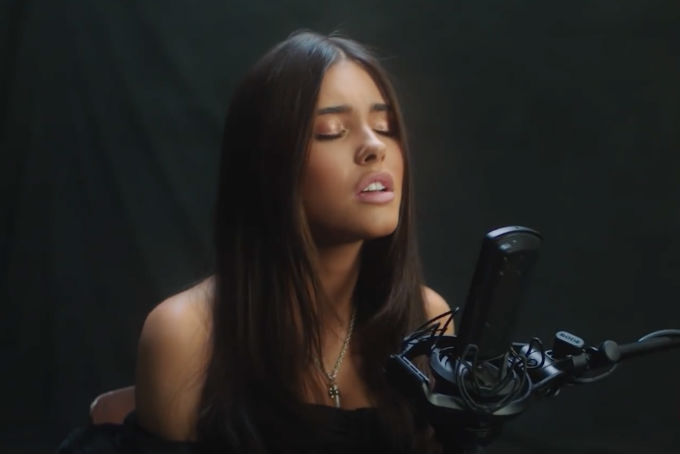 We’ve been following Madison Beer‘s career for years. In fact, ever since Justin Bieber discovered her cover of Etta James‘ “At Last” at The Loft Sound Studio on Long Island, we’ve been keeping our antennas up for more music from the 19-year-old star.

So far, the undeniably talented singer has provided us with several bops, including “Dead,” and most recently, “Hurts Like Hell,” which features Offset. If you’ve heard her collab with the rapper, you know that the song is both vengeful and spiteful, but her recent acoustic performance with Vevo turns the hit on its head, somehow transforming it into a song of heartbreak and despair.

Despite the lyrics remaining exactly the same as the original, the acoustic version takes the song about a failed relationship from angry to downright sad and emotional. Don’t believe us? Hear it for yourself!

“Hurts Like Hell” wasn’t the only song the “Dead” crooner performed at her Vevo live session, though. She also graced us with a performance of “Tyler Durden,” an ode to Brad Pitt‘s character in the iconic movie Fight Club, which was included as part of her As She Pleases EP last year.

We don’t know about you, but we’re obsessed with these acoustic renditions of “Hurts Like Hell” and “Tyler Durden,” and as we all know, 2019 will be the year the singer finally drops her debut LP. After watching these videos, however, we have to admit — We’re already ten steps ahead and dreaming of an acoustic album.