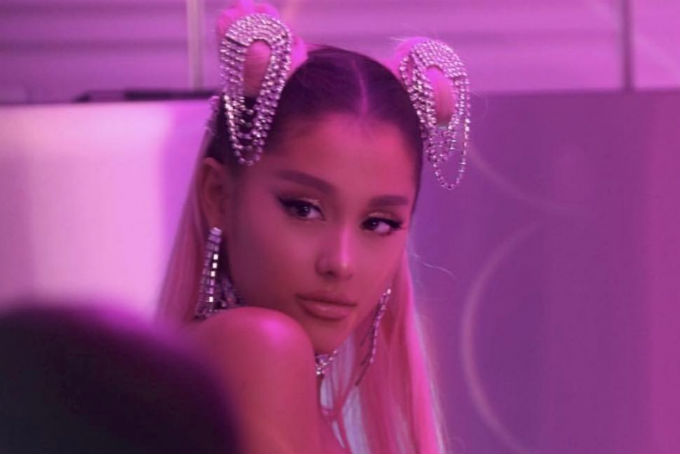 ICYMI, Ariana Grande‘s third single from her upcoming fifth studio album is here. After teasing “7 Things” on Twitter for weeks, the song and video was released at midnight on January 18, and TBH, “7 Rings” might just be one of Grande’s wildest rides yet.

On the new single, the 25-year-old pop star gets cocky with a trap beat and it’s probably one of the greatest things to ever happen. In this age of feeling rich from AirPods and treating yourself to things you most definitely do not need, this track is the perfect accompaniment.

Opening to a sample of “My Favorite Things” from The Sound of Music, Grande sings, “Lashes and diamonds // ATM machines // Buy myself all of my favorite things.”

The track then heads into a chorus that bumps as hard as Grande’s new attitude. Money is no question for Miss Grande and she makes it known. This perspective is something we’ve never gotten from a Grande song before. This direction is fresh, fun and leaves you wanting more.

If the song itself doesn’t make you feel luxurious AF, the glitzy video makes you jealous you’re not in Grande’s inner circle. In true Hannah Lux Davis fashion, pinks and blues are the highlight to a sexy all-female party hosted by Grande, along with lots of champagne. Famous friends Victoria Monét and Tayla Parx are among the “bitches” Grande buys matching diamonds for in the video. The “Thank U, Next” crooner glows and serves some wild looks in the video, and there’s no doubt this track will be on the girls and gays weekend going out playlists.

Something extremely notable to applaud this song on is how it’s about money and riches, but it’s done by a female. With the saturation of rappers putting out music about their cars and cash, we now have something similar, but with a feminist pop. The crossover of this topic could be a refreshing trend, especially for an untouchable female.

Grande is rich and she simultaneously makes us feel rich as well. “7 Rings” is lyrically radical, and with this type of song, the “Sweetener” singer proves once again she is pop music’s “it girl” right now. With this being her third single, her next album will be huge so long as this trend keeps up. Plus, with the Sweetener World Tour beginning in just two months, we’re hoping her concerts will be just as wild as her parties.