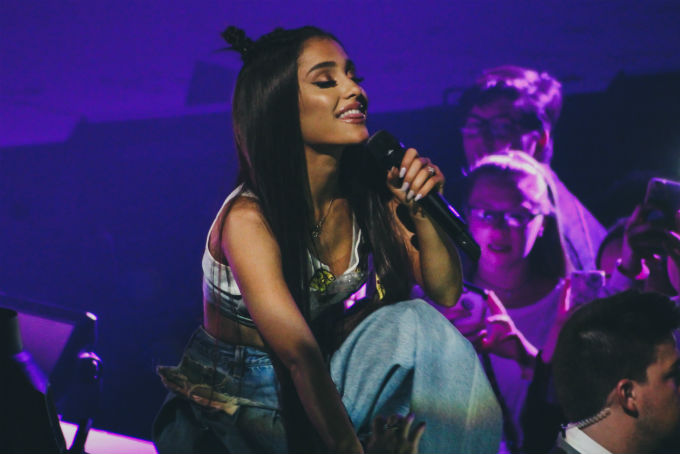 Get ready, you guys! Ariana Grande is adding another music festival to her 2019 lineup. The “Thank You, Next” singer is set to headline Lollapalooza, the four-day music festival in Chicago, Illinois, according to Variety. It was recently announced that she will also be headlining Coachella on Sunday, April 14 and 21 in Indio, California.

The news has not been officially announced; however, Grande has rescheduled a myriad of Sweetener tour dates and canceled two shows in order to accommodate her Coachella performance. The new shows, which have now been rescheduled for June and July, will include Chicago (June 4-5), Indianapolis (June 29), Columbus (July 1), Milwaukee (July 5), St. Louis (July 6), St. Paul (July 8), Denver (July 11) and Salt Lake City (July 13). The two cities that were canceled entirely were Omaha and Raleigh, where fans are receiving refunds instead of a rescheduled date.

With these dates rescheduled, Grande now has a nine-day window open before the first of her two Coachella shows. It’s a large enough gap to wonder whether she plans to use her standard tour set or a more elaborate set for her first-ever Coachella performance.

Her tour will resume as normal after her Coachella sets (the tour begins on March 18 in Albany, NY) and will conclude on July 13, just a few weeks shy of the August 1-4 dates of Lollapalooza. This gap of time would also allow Grande to put on a more elaborate set for the festival.

The Lollapalooza lineup isn’t usually announced until the third week of March, so any official confirmation of Grande’s appearance as a headliner may be weeks or even months away. Variety reached out to an official Grande rep for confirmation but have not heard back yet. We’ll keep you posted when the announcement is officially made, and like you, we’re keeping our fingers crossed that this is actually happening.