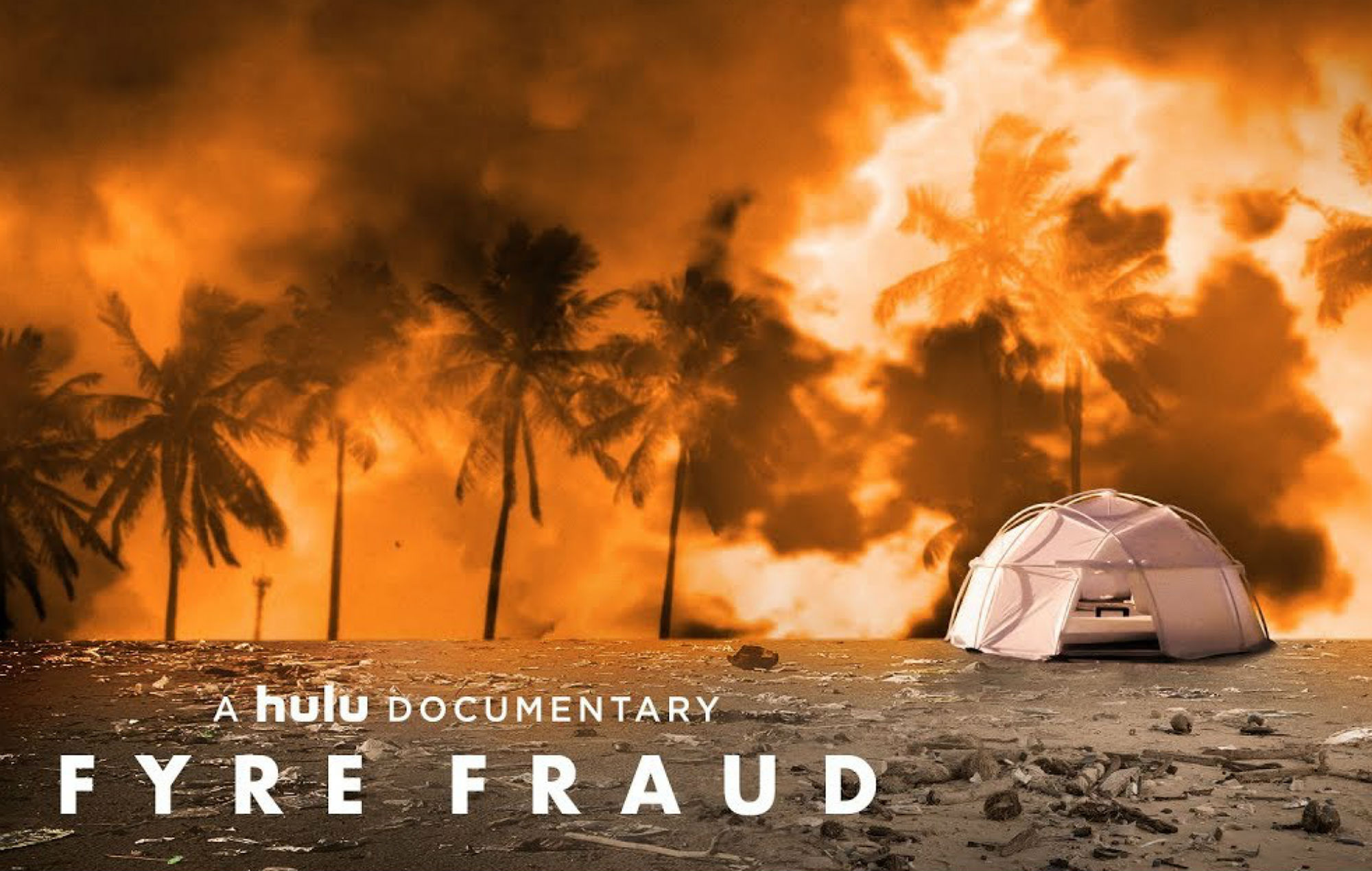 Fyre Festival is still bringing the drama. Within the same week, streaming services Hulu and Netflix respectively released the documentaries Fyre Fraud and Fyre: The Greatest Party That Never Happened about the same disaster of a music festival. Although there are a few differences between the films, both detail the same disaster of a festival and how it all came, or rather, didn’t come together. Whether you watched Hulu’s, Netflix’s, or neither, here are the main takeaways from both documentaries.

Although it might have seemed like Fyre Festival created just to put on another music festival, though it was promoted as much more luxurious than yur typical festival, there was a purpose behind it. Billy McFarland, the founder of Fyre Fest and his partner, rapper Ja Rule intended the festival to be a way of promoting the Fyre Media app. The app essentially allowed anyone to book their favorite entertainer for an event. Unfortunately, the Fyre App was also a fraud. In fact, McFarland had claimed to investors that the app was more profitable than it actually was.

Social media was the rise and downfall of Fyre Fest.

Partying on a beach with Kendall Jenner, Bella Hadid, and Emily Ratajkowski? What could be better? Both documentaries tap into millennial culture, explaining how social media essentially gave life to and later destroyed the festival. Influencers brought attention to the luxury festival on social media, and many of those influencers did not initially disclose that they had been paid to do so. And of course, we’ve all seen the tweets from festival attendees, including the infamous cheese sandwich photo. The posts from the festival attendees set the Internet ablaze and highlighted just how much of a disaster the festival really was. “One kid with probably 400 followers posted a picture of what was essentially cheese on toast,” says Jerry Media CEO Mick Purzycki in the Netflix documentary Fyre. “That trended and it essentially ripped down the festival.”

Local Bahamians yet to be paid for their work.

Netlfix’s documentary definitely did a better job at noting the emotional and financial burden that McFarland and his cohorts placed upon Bahamians. They hired local contractors to build the festival grounds and cater the event. To this day, many Bahamians haven’t been paid for the services they provided. In fact, one local worker, Maryann Rolle said her team worked around the clock preparing 1000 meals a day for the festival but went unpaid. The Bahamian business owner said that she had to take out $50,000 from her life savings to pay her staff. Rolle created a Go-Fund-Me page to coincide with the launch of the documentary, and her $123,000-goal has now been surpassed.

This isn’t the last we’ve seen of Billy McFarland.

Using different methods, both documentaries do paint the picture that Billy is a manipulative liar, con artist, sociopath—the list goes on. His first startup venture, Magnises, had defrauded many. Even when he was out on bail, Billy attempted to sell fraudulent tickets to various exclusive events, including the MET Gala and the Grammys. Although Billy McFarland is currently serving time in prison, this definitely isn’t the last we’re going to be hearing from the disgraced entrepreneur.