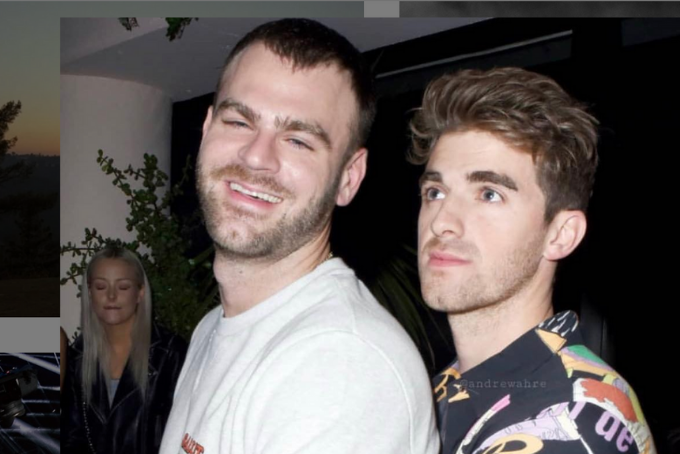 Everything old is new again. Electronic dance music/pop punk crossovers seem to be becoming increasingly popular these days. Just a few weeks back, Adventure Club and Modern Machines covered Taking Back Sunday‘s “Make Damn Sure,” and just as they were not the first DJs to remix a song that once fueled us 90s kids’ angsty teenage years, they will not be the last.

On January 16, Alex Pall and Drew Taggart—a duo better known as The Chainsmokers—turned to Twitter to let us know that the lyrics to “Closer” may soon have a whole new meaning.

Just did a session with blink182 and wrote an amazing song. We can die happy now

And although neither The Chainsmokers nor Blink-182 have let us know a title or a release date, photos did surface on Matt Skiba‘s Instagram of him and fellow bandmate Mark Hoppus in the studio together not too long before the above tweet was sent.

Blink-182 also chimed in on Twitter by retweeting The Chainsmokers and adding an emoji of two beer mugs cheering.

Although nothing is set in stone just yet, the track will not be Blink-182’s first EDM collaboration, as the rock band released “Why Are We So Broken” from Steve Aoki‘s Neon Future III album back in November 2018. Plus, with The Chainsmokers recent trend of guitar-laden music, we can expect that whenever all of this talent does come to fruition, it will be nothing shy of perfect for radio, and it may well become the next anthem for road trips far and wide.