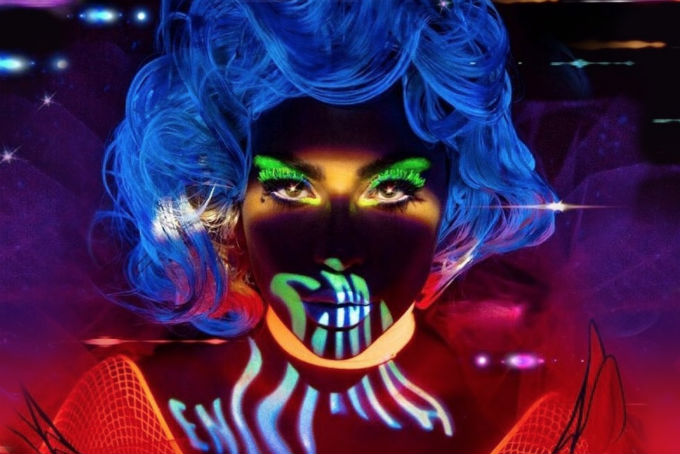 Lady Gaga and her “enigma” are officially part of the Las Vegas strip! When she isn’t getting nominated for awards due to her excellent performance in A Star Is Born, the ubiquitous artist stays busy putting on shows unlike any other at Park MGM’s Park Theater. The “Million Reasons” singer is redefining what it means to be a Vegas act and performing two completely different, yet equally ambitious shows. One is a Jazz and Piano engagement along the lines of Cheek to Cheek, Gaga’s 2014 jazz album with Tony Bennett. The other, however, can only be described as — wait for it — ENIGMA.

Enigma is immersive in ways most other concerts aren’t. In a move that even P!nk would be amazed by, Gaga kicks off the show by flying into the venue with a bedazzled keytar while singing the hit that first made her famous, “Just Dance.” The set pieces and the dancers are nothing short of spectacular. The band is a force to be reckoned with on their own, keeping the energy high during Gaga’s six (!!) outfit changes. The show even has a storyline involving a virtual, video game-like version of Gaga who appears between songs.

The set list is just as enticing as the visuals. It features the obvious global favorites like “Poker Face,” “Bad Romance,” and “Born This Way.” Much to the delight of long-term Little Monsters, it also includes obscure fan favorites that were never singles. “Dance in the Dark,” “Beautiful, Dirty, Rich” and “The Fame” all made the cut. These are songs that Gaga hasn’t performed live since 2011. Underrated Born This Way gem “Scheiße” is performed on a massive robot that would make Optimus Prime blush. “Government Hooker,” a tune that Gaga hasn’t brought to life on stage since the Born This Way Ball (which ended abruptly in 2013), also gets a rare moment to shine.

A consistent part of Gaga’s showmanship is how easily she connects with her audience. She seamlessly keeps fans engaged by acknowledging their presence throughout the course of the concert. She tells moving personal stories, goes on political rants and drops the occasional wise word of advice. You dance, you laugh, you cry and you might even end up on stage! At the January 17 show, Gaga invited a fan from the general admission section to join her on stage after reading a letter he tossed her.

The audience itself has proven to be just as entertaining. In the short time that Enigma has resided on the Vegas strip, the VIP sections have seen the likes of Angela Bassett, Katy Perry, Donatella Versace and several others. Céline Dion recently made headlines for having a notably good time at the show as well.

Enigma is surely a breath of fresh air for the Las Vegas strip. Few musicians are as simultaneously eccentric and talented as Lady Gaga. For that reason alone, it’s worth catching one of her shows if you find yourself anywhere near Nevada. Just make sure to stick around for the encore! If you’re traveling with kids, though (A.K.A. the real Little Monsters), keep in mind that Enigma is essentially an 18+ affair with a solid amount of swearing and sexual innuendos. Don’t say we didn’t warn ya!