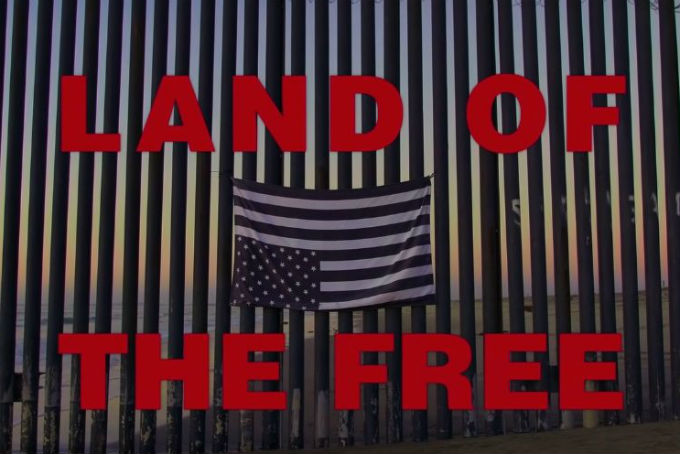 Get ready, you guys! The Killers are back again after their 2017 release Wonderful Wonderful. The band’s latest single, titled “Land Of The Free,” tackles the deep issues the United States is currently facing, including death, our prison system, gun reform and border control. Frontman Brandon Flowers uses his platform as a white man in America to talk about these tough issues and hopefully be heard.

Brandon posted a statement on the band’s Twitter account about “Land Of The Free,” starting all the way back with Sandy Hook on December 12, 2012. He expressed that the mourning and suffering we’ve faced as a nation is how the song created itself. It was created through hate and lost values, and the song should serve as a wake up call for those still blindly ignoring the hateful culture plaguing America from coast to coast.

“I love my country,” he said. I know that these are complicated issues but whether you stand to the left, right, or straddle the line, you gotta believe that we can do better.”

The Killers teamed up with Spike Lee to release the politically charged “joint” of a music video for “Land Of The Free.”

Fellow human beings: Please look and listen to this video. The music portion is us. The video or “joint” is @officialspikelee. #LandOfTheFree: Link in bio.