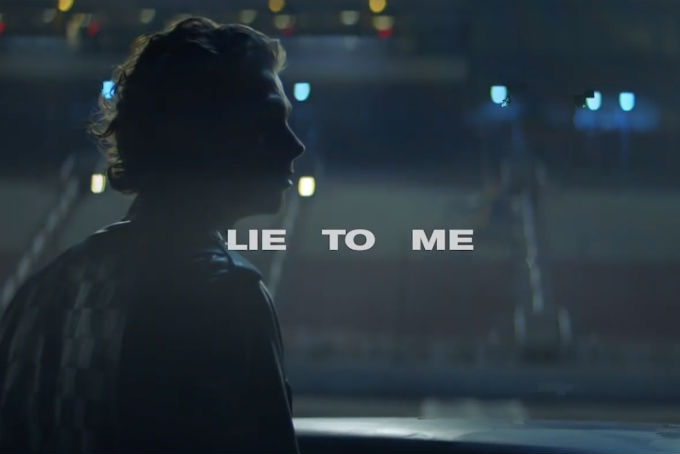 ICYMI, 5 Seconds of Summer recently released the visuals for their new hit single “Lie To Me.” Although the video lacked the latest version of the song, which features Julia Michaels, fans still found themselves all up in their feels from the newly released music video.

Before the video debuted, drummer and vocalist Ashton Irwin mentioned what it represented on Twitter, saying, “The lie to me video represents to me when someone closest to you is in a toxic situation, and they take an emotional beating over and over. With no attempt to escape. It’s absolutely heartbreaking. All you can do is watch.”

The lie to me Video represents to me when someone closest to you is in a toxic situation, and they take an emotional beating over and over. With no attempt to escape. It’s absolutely heartbreaking.
All you can do is watch.
Happy Thursday. https://t.co/YN8Zdx5jlL pic.twitter.com/nhTrLwn8zD

The music video perfectly sums up the emotions and lyrics of the song. The scenes are dark, lit by mostly fire or overhead lights. Luke Hemmings, the band’s lead vocalist, is the main focus of the video, with many fans speculating that the song’s lyrics pertained mostly to him and his ex-girlfriend.

The video starts off with Luke in the backseat of a car on a racetrack that’s being circled by two other drag racing vehicles. As the plot unfolds, Luke and the other band members sing in slow motion as they watch the scene unfold in front of them. Calum Hood, Michael Clifford and Ashton are seen watch Luke struggle to get out of the car as they sit in various places of the stadium unable to help.

The scene cuts to the band playing their instruments in the middle of the stadium, surrounded by fire and motorcycles. Then, the car that luke is stuck in gets hit by the other race cars before blowing up in flames. Yikes!

Many fans have their own opinions about what the video represents, and while there are tons of opposing theories, everyone can at least agree that the video showcases some of the deepest scenes and situations we’ve ever seen from the band.

lie to me is the most touching and real music video 5sos have ever released. you can literally feel luke’s pain while watching it and it means so much to me. Knowing what Luke had to go through means so much to me, and knowing that he is now stronger is even more important. pic.twitter.com/FHGIGUeJgT

Lie To Me already was a sad song the first time we heard it live from the 5SOS3 tour. Then it got sadder when Luke explained how he felt at the cocktail chats and now it got even more sadder with the music video. 5SOS really did that.

Curious about the video? Watch it HERE: