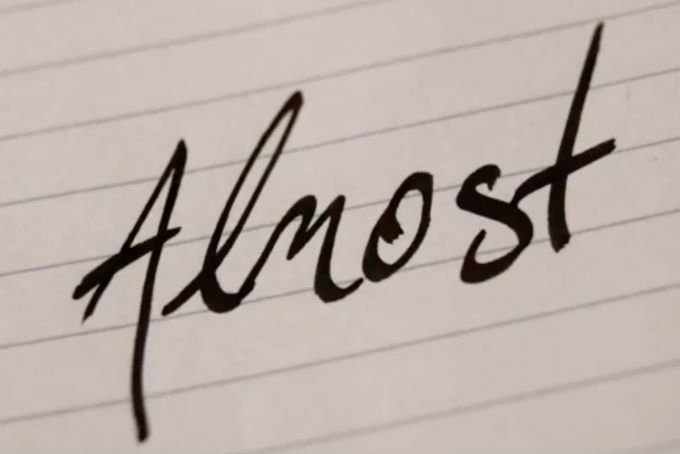 The “Take Me To Church” singer’s latest single “Almost (Sweet Music)” is officially here and we can’t stop listening. The upbeat single is totally radio-friendly and fun, but it still has the same intimate charm that Hozier always brings to his music.

Overall, it’s a carefree tune with lyrics like, “let’s get lost and let the good times roll,” but it somehow still feels melancholic on some level. His lyrics never fail to captivate us, and “Almost (Sweet Music)” is no exception.

Hozier shows off his storytelling ability again on “Almost (Sweet Music).” The descriptive lyrics make the song feel all too real. We can picture everything he’s singing about, and it’s hard not to feel connected to the music because of that. It’s a quality that carries throughout his discography, and we seriously can’t get enough of it.

Hozier’s lyricism and depth is something that makes him stand out from so many other mainstream artists today, allowing him to truly connect to his listeners. The stories he tells are extremely enticing, and they always leave us wanting more every single time. Honestly, it’s no wonder that he has seen the success he has so far. We mean, his talent along with his natural charm and laid-back persona is a recipe for success if you ask us!

If you haven’t had a chance to listen to it yet, “Almost (Sweet Music)” is a bit more light and upbeat than some of his earlier releases, but his warm voice and incredible musicianship shine through tenfold. The single follows “Movement,” which was released on November 14th, and September’s Nina Cried Power EP.

“Almost (Sweet Music)” will be on Wasteland, Baby!, which is the title of Hozier’s sophomore LP. The album is due out on March 1, and we don’t know about you, but we simply can’t wait to hear what else he has in store.