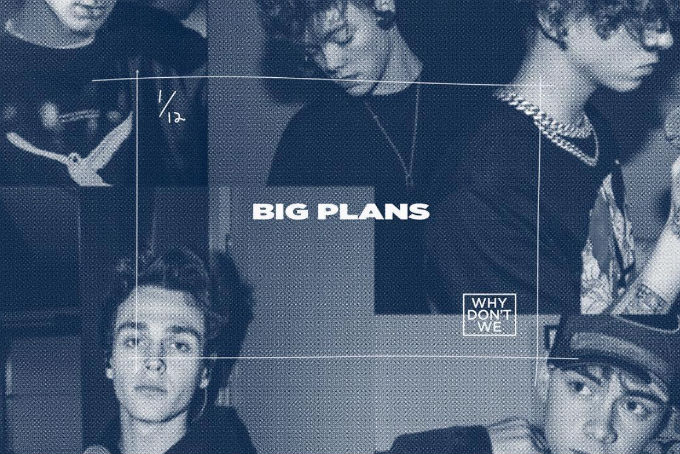 The boys of Why Don’t We have done it again, fam! They just dropped an empowering anthem called “Big Plans,” and it’s exactly the energy we needed to kick off the year. That’s right! The band’s new single will definitely give you the boost you’ve been needing to conquer all those those big 2019 goals.

To give you some background, the fivesome became a band back in 2016 when all five members, Jonah Marais, Corbyn Besson, Jack Avery, Daniel Seavey and Zach Herron decided to turn their solo careers into group venture. Since then, the band has manages to amass a following, millions of views, sold out world tours, award nominations and wins, no. 1 singles, and SO much more. Oh, and did we forget to mention their book, their 5 EPs, and the release of their debut album 8 Letters?

Admittedly, “Big Plans” is a bit different that what they’ve released in the past, but it’s still an upbeat track with lyrics so infections that you’ll be singing the chorus instantly. By the second verse, however, you’ll already be planning your next Instagram caption.

I really hope this song can motivate you guys this year! You’ve all got so much potential and I hope it inspires you to make some big plans of your own in 2019 🔥

The boys already have some ‘big plans’ of their own for the coming year. In March, for example, they’ll kick off their 8 Letters Tour in honor of their debut album, which you can buy here. However, you better snatch ’em fast because the shows are selling out quickly.

The band also released a music video for the song and a limited hoodie designed by Why Don’t We’s very own Corbyn Besson. You can check out the song on iTunes or Spotify, or watch the music video right here!