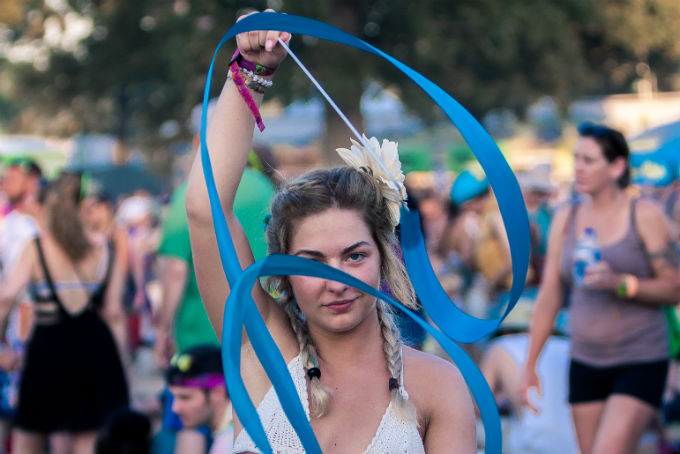 Festival season will be here before you know it, and you know what that means! It’s almost time to get your camping supplies in order and gear up for hours on the road. Bonnaroo Music and Arts Festival is one of the largest camping musical experiences in the United States. Taking place Thursday, June 13 through Sunday, June 16, Bonnaroo will span four days in the city of Manchester, Tennessee. This year’s lineup includes Phish, Post Malone, Childish Gambino, Cardi B, The Lumineers, ODESZA, The Lonely Island and more.

Bonnaroo is known for its elaborate camping experiences. They have everything from glamping in their official Le Bon tents to RV camping to the most typical camping you learned as a boy scout. On the more unique side, Bonnaroo offers themed community and “groop” camping. These consist of campsites for solo festival goers, family and children and even sober attendees. If it seems like there’s already a place for everyone, think again. Bonnaroo is bringing back “SheROO: A Camp For Women & Gender Non-Binary Bonnaroovians,” which originally debuted in 2017.

According to Bonnaroo, SheROO is a place “to retreat during your festival experience, a place you can relax with other women, make friends, and partake in new women-centered experiences that you can’t find anywhere else.” The designated community will hold body-positive yoga sessions, a kombucha bar, self-defense classes, speakers with female industry leaders and even body glitter sparkle stations to amp up your festival appearance in that extreme Tennessee heat.

SheROO is the product of the Mothership Women’s Festival in Los Angeles, California. Their team is focused around creating safe spaces for women centered around a feminist mindset.

Get your Bonnaroo tickets today, and when you’re thinking about where to camp, consider SheROO for an unforgettable experience. Last year Chance The Rapper even dropped by to say hello to the campers, so you never know what can happen!