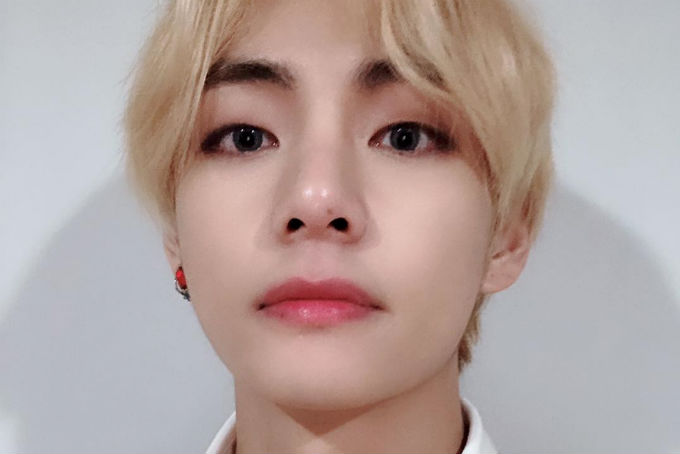 OMG, you guys! BTS is once again proving that they’re the group that just keeps on giving. On January 24, BTS member V shared a short clip of himself sitting next to someone playing piano with a caption that said, “Self-composed song.”

Fans have been waiting for an announcement from V since he said he had a present for fans at the 28th Seoul Music Awards. He made the statement during BTS’ acceptance speech for Artist of the Year.

As translated by Soompi, V said “I’ve been taking photographs for five years. When I take photos, all the photos in my camera have been made by ARMY. All those memories and traces, they’re all made by ARMY. Because of that, I’ve prepared a gift in 2019. It will come out soon. I hope you look forward to it a lot. I worked really hard, so please look forward to it a lot. Thank you.”

Fellow BTS member Jimin later confirmed that the present was a song that V had written during a V Live broadcast. V then responded to Jimin on Twitter, confirming that he is working on a song.

As expected, fan reactions have been overwhelmingly positive. Diehard fans are expressing their love for V and how proud they are of him in the comments. They’re also making sure to include purple heart emojis in their tweets, as V revealed in the past that purple is his favorite color.

This isn’t V’s first time venturing into some solo work. He previously sang along with fellow member Jin on the track “Even If I Die, It’s You” for the K-drama Hwarang, in which V played a role. He and BTS leader RM also composed and recorded a song together called “4 O’Clock.”

While V didn’t say when exactly he’s releasing the song, it could be really soon. Check out the teaser above and get excited ARMY!