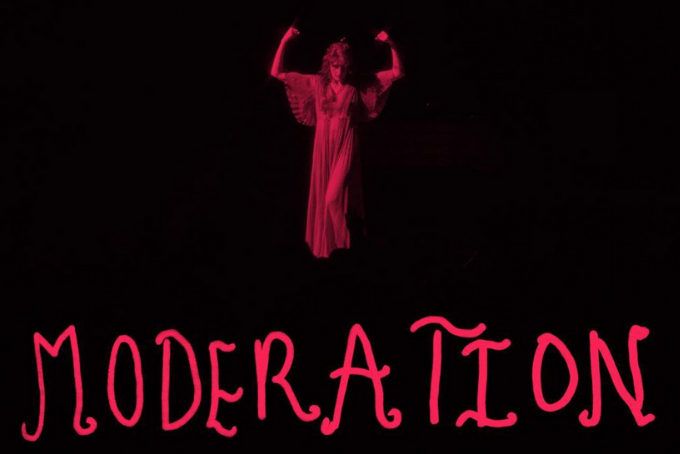 We didn’t think we would hear from Florence + the Machine so quickly after the release of her fourth studio album High As Hope, an articulate self-reflection that glanced back at frontwoman Florence Welch’s debauchery-filled early adulthood. While embarking on a world tour, the band has released two new singles that emanate the Florence + the Machine sound we all know and love.

It’s been revealed in an exclusive interview with Zane Lowe that the main single “Moderation” was written during their latest LP’s process. “Moderation” was written during the time I was writing High As Hope. It was one of those instant songs but didn’t fit with the theme of the record because I knew I wasn’t writing a relationship record,” Welch said. “It’s about reaching outwards and being cross that someone can’t give you what you want, but the chorus came from a childhood memory of being told off in church.”

Want me to love you in Moderation
Do I look Moderate to you?
MODERATION, with b-side HAUNTED HOUSE
Listen at https://t.co/9J5rI96C7x pic.twitter.com/0uK0PbImyX

The track is fast-paced and booming, staying true to the band’s previous works like their debut album Lungs and the highly-acclaimed Ceremonials. She desperately begs the question if moderation is even possible—the effort we put into dysfunctional relationships is exhausting and what we get back is never enough. Welch conveys our feelings perfectly: we’re seeking that toxic validation wherever we can uncover it.

As the B-side to “Moderation,” “Haunted House” treads down a totally different path that intertwines well with Welch’s High As Hope. Slowed and stripped down, “Haunted House” tears down the boisterous nature of “Moderation” and circles back to the artist’s self-realization process. She describes her heart as a haunted house, always searching for ways to express her ever-growing and too-big-for-this-world emotions. It’s haunting in the most appropriate way—perhaps that’s why it’s aptly titled “Haunted House,” a necessary name for a soul-baring record.

Listen to Florence + the Machine’s “Moderation” and “Haunted House” here: