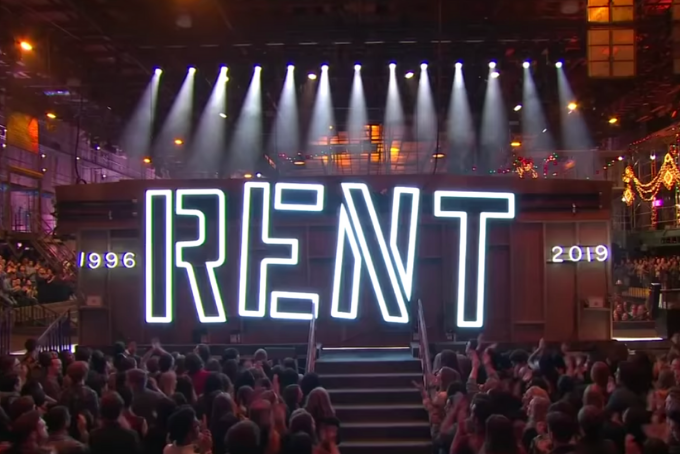 “Break a leg,” might usually be a phrase of encouragement to stage actors, but in Rent: Live‘s case, it wasn’t quite so. FOX’s newest take on Broadway classic Rent experienced circumstances that illustrated the unavoidable faults that come with live theatre. When the long-awaited program began, many noticed a “previously recorded” message at the bottom of the screen, confusing viewers. The cast later responded and said that some of the show’s scenes were taped during the prior night’s dress rehearsal.

The reason for the taped scenes was Brennin Hunt, playing the main character, Roger Davis, badly hurting his ankle during the dress rehearsal. Because this wasn’t a normal production of a musical, the production lacked an understudy, leaving FOX in a sticky situation.

It seems that the judgment call to show pre-taped segments should have been a little more thought through. Fans noticed that the sound was off throughout the show on top of some shaky camera work here and there. The cast also had no idea that the dress rehearsal taping was being used.

When the opening number goes this hard… you KNOW you’re in for a fantastic show. Stream #RENT anytime with the link in our bio!

Apart from the trouble with production, the cast was spot on with their roles. Vanessa Hudgens played the eccentric performance artist, Maureen, showing a completely opposite character from her breakout role as Gabriella in the High School Musical franchise. Popstar Tinashe played Mimi, the stripper and drug addict who happens to suffer from HIV like many of the musical’s characters. Kiersey Clemons, who many loved in the film DOPE, played Joanne, Maureen’s girlfriend. Broadway star Brandon Victor Dixon, played Tom Collins and delivered amazing vocals in his rendition of “I’ll Cover You (Reprise).”

RuPaul’s Drag Race star Valentina played the beloved Angel, who is a drag queen that’s also HIV positive and falls in love with Collins. R&B superstar Mario plays the hated Benjamin Coffin III, while Hunt played Roger Davis, the HIV positive rock star. Former Disney star Jordan Fisher took on the role of Mark Cohen. Cohen is the narrator of the story, and it was clear that Fisher gave his all to this role.

The last segment of the musical was shown live, and it was obvious because the whole scene was centered around Hunt’s character sitting on a table with his leg propped up on a chair. The production ensured this segment was shown live, however, because the original cast of the Broadway performance was brought out to sing “Seasons of Love” to close out the show.

Besides the unfortunate hiccups in the show, the cast and production did what they could to give the audience a great performance. Did you get a chance to catch it air on FOX? If so, let us know what you thought in the comments below or tweet us @soundigest!