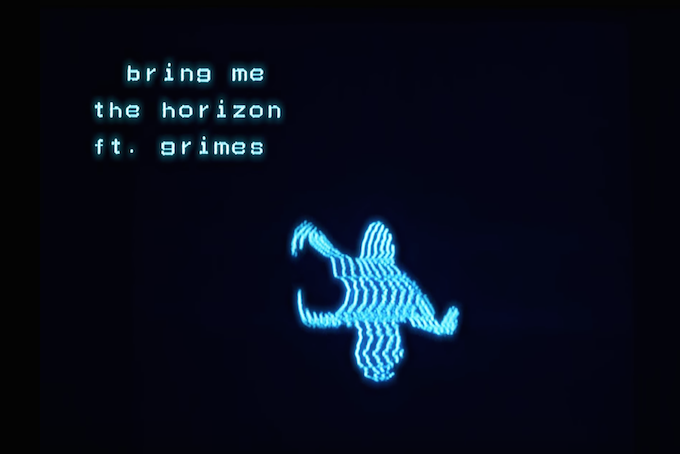 Bring Me The Horizon are not the same band they were 10 years ago, and while that holds true for most bands, this one seems to have shed their metalcore skin entirely, making way for something that none of us could have predicted when Suicide Season first dropped.

Bring Me The Horizon has been slowly straying from their metalcore roots for some time now, starting with the more melodic and electronic-influenced hits on Sempiternal. But the band’s latest single “Nihilist Blues” featuring Grimes has gone fully-electronic.

The song starts off with a slow building beat, with Grimes’ soft vocals singing gently in the background. The song is upbeat, but has a dark feel to it. It starts with Grimes and Bring Me The Horizon Vocalist Oli Sykes singing, “I’ve been climbing up the walls to escape the sinking feeling, but I can’t hide from the nihilist at my door.”

Although the song is totally catchy and radio-friendly, it has a haunting feeling to it. To a degree, it leaves you feeling like you’re waiting for something to sneak up on you. Midway through, it picks up with Sykes repeating the lyrics, “I am lost in a labyrinth, we are lost in a labyrinth.” He says “please don’t follow,” barely above a whisper and the beat drops.

Honestly the track sounds more like something you’d hear in a club than what you’d expect to hear on a Bring Me The Horizon Album. It continues to twist and distort, becoming progressively more strange and interesting as it goes on.

While the song isn’t what old-school Bring Me The Horizon Fans may expect, it certainly sounds like the new Bring Me The Horizon. It’s catchy, easy to listen to and still packs a punch lyrically. Working with Grimes takes the song to another level, creating a more dynamic listen.

Bring Me The Horizon’s new album Amo is out now, and you can check out their new single HERE: