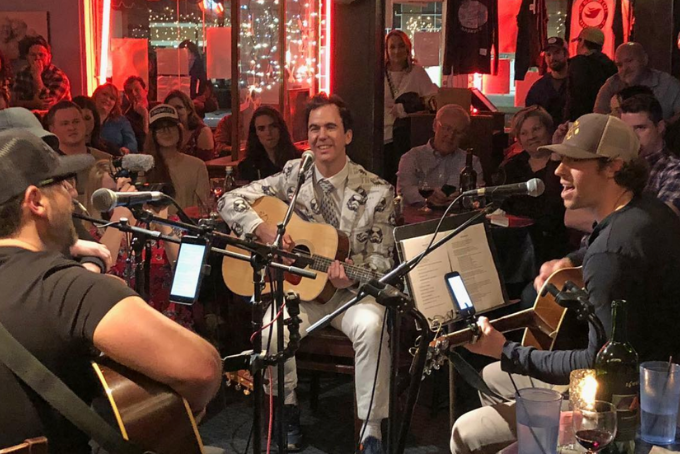 A little bit of Music City is coming to Austin this March! The upcoming documentary Bluebird, which tells the story of the famous Bluebird Cafe in Nashville, TN, will be screening at this year’s SXSW.

The Bluebird Cafe is a singer-songwriter venue in Nashville and can arguably be considered one of the most famous places to hear music in the city. It has a unique set-up as it’s an in-the-round setup. Artists sit in the center of the room to play music and tell stories while the audience sits around them and takes it all in. Occasionally, it’s set up as an in-the-row venue, in which artists play on stage. It’s one of the most respected venues in Nashville as all types of country artists have played there—some that have no following and are looking for someone to listen to them sing…and some that can sell out stadiums. Many musicians are featured in the documentary discussing how they got their start playing at the Bluebird Cafe including Faith Hill, Garth Brooks, Trisha Yearwood, Maren Morris, Taylor Swift, Vince Gill, Kelsea Ballerini, and Jason Isbell.

In the trailer, Ballerini explains “Whether you’re the biggest songwriter in Nashville or someone who has been there for a week, it’s an equal playing field.” It’s a venue that many artists, no matter what stage of their career they’re in, will come to in order to test out new material or just jam with friends. The Bluebird Cafe has also been featured many times in pop culture. Many of the characters on the TV show Nashville would perform there including Connie Britton, Lennon Stella, Maisy Stella, and Charles Esten. Foo Fighters even mention the venue in their song “Congregation” singing, “And they’re singing like a bluebird in the round.”

This documentary will tell the story of the venue’s history and how it’s changed the lives of thousands of musicians, big and small, from all walks of life. SXSW encompasses music, movies, and tech into one long festival. This is the perfect place to premiere Bluebird as people from all over the world with different backgrounds and tastes in music can watch and learn something been so important to country music’s culture!