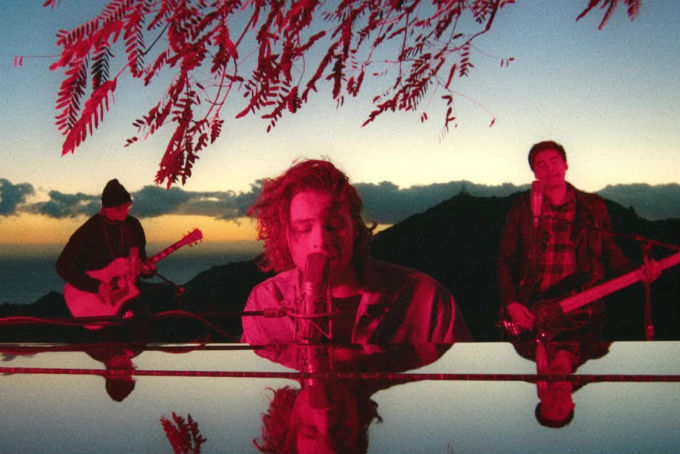 5 Seconds of Summer surprised fans again last week when they dropped not only a new track, but also a new video to accompany it. The band released another version of “Lie to Me,” but this time it’s acoustic. Stripping down the song, the band allowed for its raw emotion to shine through with just the lyrics and some soft instruments in the background.

The video looks to be set on a cliff with a breathtaking view. The lighting and videography of the visuals play perfectly to the song and come together to make something extremely aesthetically pleasing. The boys filmed the video at the perfect time, too. With a beautiful sunset in the background and a reddish light to illuminate the scene, the boys, as well as everything around them, is lit in a pinkish glow.

With Luke Hemmings on the piano, Michael Clifford on the acoustic guitar, Calum Hood on his bass and Ashton Irwin taking it down a notch with some shakers, the tone of the song becomes a lot softer. It also looks as if the video was filmed in one shot since boys stay in their positions throughout the video as the camera pans around them.

“Lie to Me’ is the band’s newest single off of their third album Youngblood, and already, this is the third version of the song fans have been blessed with. Before this, 5SOS released a version that featured Julia Michaels and totally took over the airwaves. This is now the third version of the song released and the second music video. With the aesthetic for the video seemingly matching the theme the band is going for during their new era, many can’t help but wonder what else is coming. Is this them officially saying that the new era has begun?

Regardless of what this actually means, fans loved the new footage released last week and expressed their reactions on social media.

Some fans even relished in the fact that the band was spending so much time with this single.

Clearly, fans can’t wait to see what the band has in store next. If you haven’t already, check out the “Lie to Me (Acoustic)” video below and let us know what you think in the comments or tweet us @soundigest!