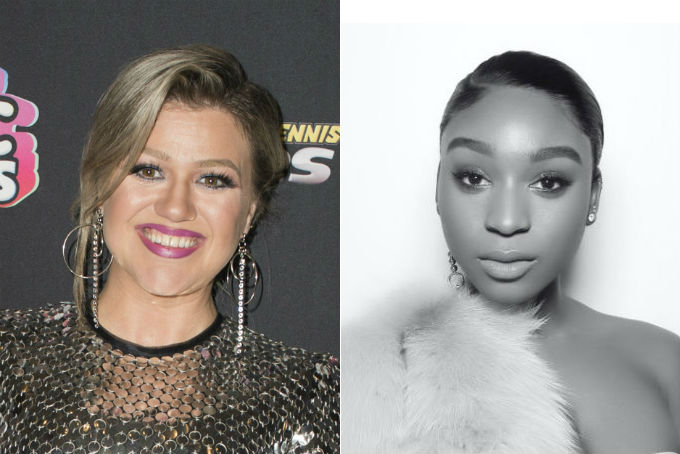 For those of you who don’t know, Kelly Clarkson has been touring in support of her latest album Meaning of Life. The 36-year old “Heat” singer paid tribute to Khalid and Normani‘s song, “Love Lies” at her tour stop in Salt Lake City, Utah on January 30.

A fan’s video of Clarkson singing the track was tweeted by radio DJ Mike Adam. Normani caught wind of it and quoted the tweet, saying, “damn, that’s Kelly Clarkson singing my song *moment of silence*”

The former Fifth Harmony member also saw another video of Clarkson’s speech before performing the track where she said, “I wish I could do the Normani routine because she’s super hot!”

Normani then quoted the tweet and posted the crying emoji in response several times. See?

With all of those accomplishments under her belt, we totally understand why Normani is excited about Clarkson covering her song.

“Love Lies” was Normani’s first solo release outside of her group involvement with 5H. The track peaked at no. 9 on the U.S. Billboard Hot 100. It also topped the  Billboard Mainstream Top 40 pop radio airplay chart, earning both Khalid and Normani their first number ones. It claimed the longest climb to number one for a duet, doing so in its 24th week, and the third-longest among all songs. It was also featured on the Love, Simon movie soundtrack.

You can watch the full video of Clarkson covering the hit track below.