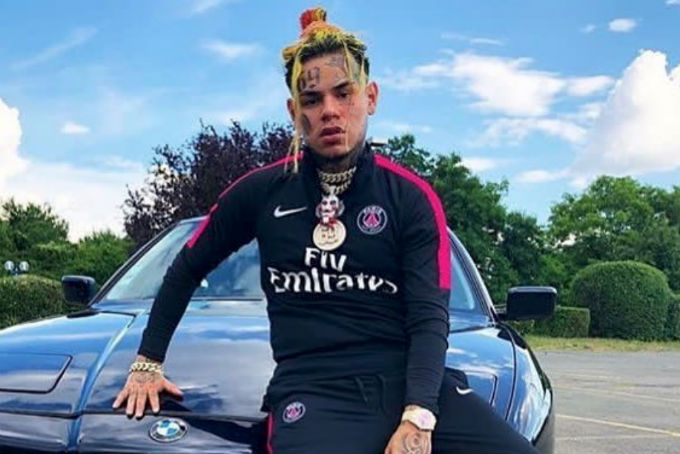 Tekashi 6ix9ine, a once up-and-coming rapper, has finally pled guilty to nine different counts of criminal activity last week in court. He’s admitted to counts involving racketeering, conspiracy, firearm offenses and narcotics trafficking. On top of that, Tekashi has been a part of the gang Nine Trey Bloods since the fall of 2017, and many of his crimes revolve around it.

Tekashi was originally indicted in November of last year, facing life in prison, but with his guilty plea, it is unsure how long he will be imprisoned.

In March 2018, Tekashi admitted to helping kill a rival in order to “increase [his] own standing in Nine Trey,” and a few days later, on April 3, he and other members of the gang robbed a rival at gun point.

The rapper also admitted to his involvement in the Chief Keef shooting, saying, “I paid a person to shoot at a rival member of Nine Trey to scare him. The shooting took place in Manhattan. I did this to maintain or increase my own standing in Nine Trey.”

Tekashi’s charges don’t only involve guns. According to the federal documents, he was involved in dealing heroin, fentanyl, ecstasy, amphetamines and marijuana. He admitted in court to selling a kilo of heroin in 2017. His conspiracy charge consisted of murder, robbery and extortion.

The Dummy Boy artist apologized in the court room, saying, “I apologize to the court, to anyone who was hurt, to my family, friends and fans for what I have done and who I have let down.”

At this point, we’re still waiting to find out Tekashi’s sentencing, but even with his plea deal, he still faces many years in federal prison. It’s safe to say his music career is completely over. Now, we just have to wait in see the final consequences to his actions. Stay tuned!