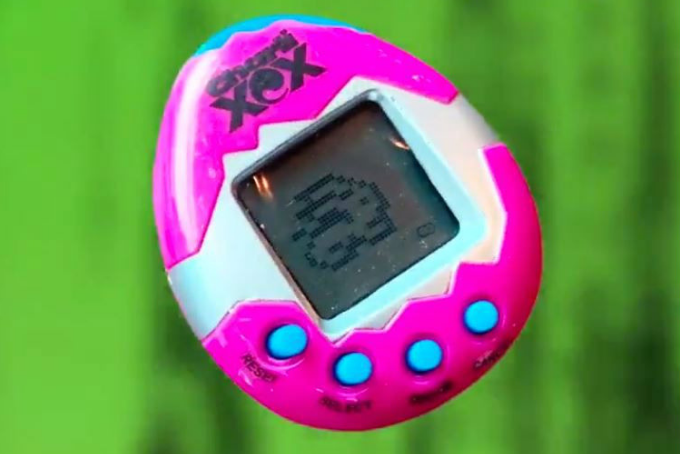 Charli XCX just won us over with her witty new promo contest! The pop singer launched her own promo campaign with the bribe of an extremely rare award. She’s gone somewhere no other pop singer has gone before… She’s giving away branded Tamagotchi toys to the winners! Yes, you heard us right. Just a few days ago, Charli announced a new contest for her promotional campaign supporting her recent hit single “1999” featuring Troye Sivan. Name a better way to throw fans back to the 90’s… we’ll wait.

For the contest, she challenges fans to create the best “1999”-inspired Spotify playlist with only 10 hand-picked tracks. The playlist must be created under one of four prompted categories, which include: “1999 Love Songs,” “1999 Girls vs Boys,” “1999 Rap Stars,” and “1999 Movies.” The participants who submit the best playlists will win their very own original Charli XCX Tamagatchi, a “1999” poster, or the limited edition “1999” sticker pack! Although Tamagotchi toys were at the height of popularity around the late 90s to early 2000s, Charli just reminded us how cool they really were. In all honesty, this contest leaves many of us wondering what happened to our own Tamagotchi pets we had as kids. We sure hope they’re all alright!

I’ve made 1999 XCX tamagotchis!!! if you wanna win one you have to make the best 1999 playlist in one of these categories: https://t.co/idW0DRvrwV pic.twitter.com/t40kVcRnct

Flashback to October of 2018, Charli dropped her nostalgic music video for “1999,” which got 90s kids more than excited, to say the least! The video features scenes inspired from the most iconic trends of the year 1999. The two singers created a hilariously accurate depiction of famous 90s figures, from Britney Spears, to Eminem, Steve Jobs, Marilyn Manson, and even roleplaying Jack and Rose from Titanic. The singer’s goal here is clear: to appeal to fans of the 90s and prove that these unforgettable pop trends will never die! We are totally here for it!