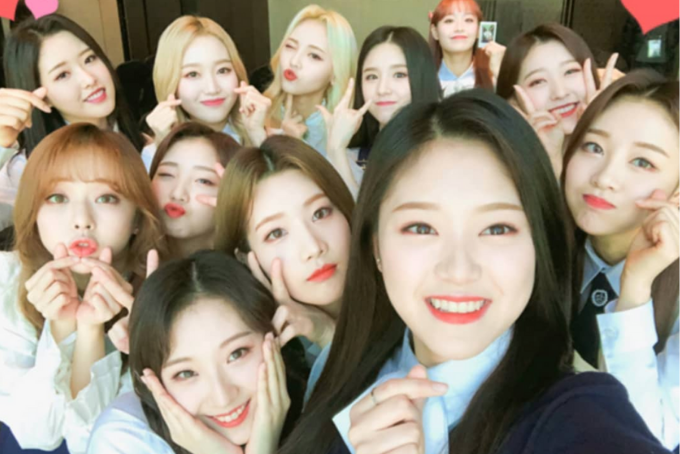 Since their debut in August 2018, fans of the K-pop girl group LOONA, also known by their fandom name Orbit, have eagerly been waiting for the group’s comeback. It seems the wait is almost over with the recent slew of teasers being posted on the group’s social media.

After the group finished promoting their debut album back in October, LOONA posted a teaser video titled, “X X.” Fans excepted a quick comeback, as per the usual in the K-pop industry. However, LOONA continued to post LOONA TV episodes, showing the behind the scenes efforts that go into producing LOONA music videos and promotions, and ignored the fact that a teaser video was posted.

On January 1, 2019, LOONA finally started posting teasers again on social media. The next video posted was titled “X1X.” Teaser videos continued to be released in 10-day intervals from there.

This was the first of the comeback teasers released back in October. The “X X” video shows some of the events of the “Hi High” music video being reversed.

“X1X” was the first teaser released in 2019 for the group’s comeback. This video showcases headshots of all the girls in black and white as a soulful beat plays. Each of the girls’ headshots has some type of visual effect distorting them that reference their past music videos or individual concepts. The video ends with the eleventh member, Go Won sitting with her knees folded up to her chest, as butterfly wings flash across her back before the screen goes black and a list of numbers are shown.

This video centers around Go Won. It opens with Go Won running on a deserted road at night chasing after a truck before falling to the ground. Go Won wakes up in a similar place to Orbit, Iceland, the location where the third member of the group, Haseul filmed her solo music video. Instead of the winter tundra that Haseul filmed in, the ground is clear of snow, and Go Won goes and inspects the remnants of a plane crash that was featured in Haseul’s music video as well. At the end of the teaser, Go Won is standing in front of the plane with her hands cupped. A glitched butterfly, her representative animal, effect appears, and the screen goes black. The phrase, “Fljúga eins og fiðridli” is shown, and is Icelandic for, “Fly like a butterfly.”

The third video teaser released in 2019 centers around the twelfth member of the group, Olivia Hye. In the video, Olivia Hye wakes up in Paris, another place familiar to Orbit as HeeJin, the first member of the group, filmed her solo music video there. Various girls are shown on screen mimicking poses and actions of other girls from Olivia Hye’s subunit YYXY. As a soulful trap beat plays, Olivia Hye runs from a tunnel into the sunlight before ripping a choker off her neck revealing a fresh bruise.

The final video teaser released centers around the ninth and tenth members of the group, Yves and Chuu. The teaser is set in Hong Kong, yet another familiar place for Orbit after the fifth member of the group, ViVi, filmed her solo music video there with an appearance from the seventh member, JinSoul. Yves exits a taxi and throws off her jacket before walking into the middle of an intersection and begins to dance. As Yves is dancing, Chuu jumps in, and the pair dances a duet together. The teaser ends with the two members striking a mirrored butterfly pose. Oddly enough, LOONA has posted two different versions of the video with different audio mixes. One on Youtube and the other posted on Twitter.

LOONA is set to showcase their comeback on February 16 and 17 at Olympic Park, Olympic Hall in Seoul, South Korea. Since the sequence of video teasers has seemingly come to an end, the group’s social media has now started posting individual photo teasers of each member as well as LOONA TV episodes of the filming that went into each teaser.