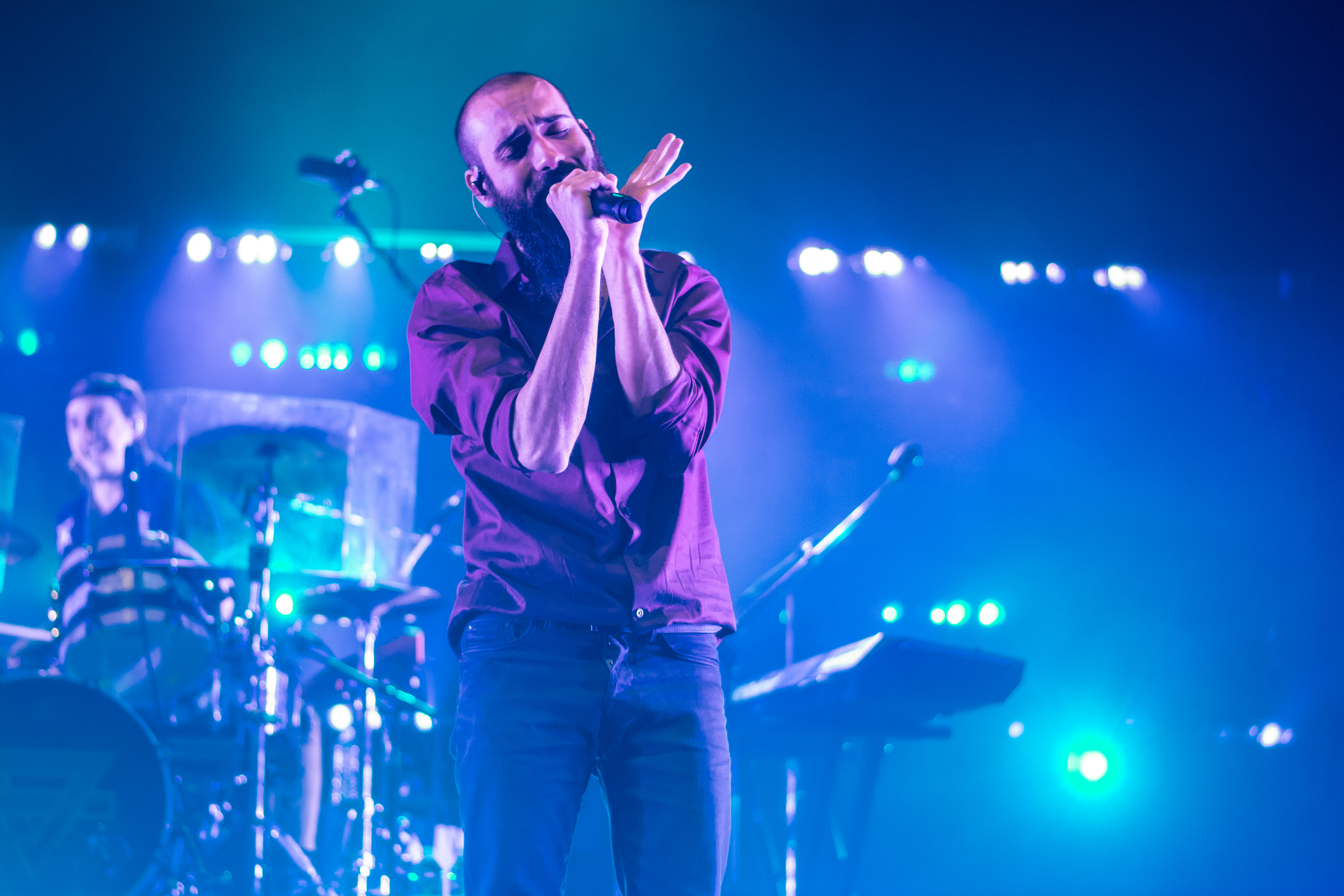 When hearing the name Rainbow Kitten Surprise, it’s easy to have absolutely no idea what kind of sound will emanate from the group. After watching their high-energy performance last Friday night at New York City’s Hammerstein Ballroom, we can confidently say that their unique band name mirrors the music they make with a keen accuracy.

RKS’ sound can be defined as having a myriad of influences. Throughout their twenty-song set, we heard a mix of soul, alternative, indie, hip-hop, folk and rock. Not many groups can combine this many genres and still be consistent and engaging. As soon as they stepped on stage, it was clear that the band’s values are based upon not caring about what others think and having their own quirky appearances and personalities. Sam Melo wore a nice pair of slacks and a button down while guitarist Ethan Goodpaster wore a floral shirt complete with a fedora. Bassist Charlie Holt even rocked black lace tights with a hot pink glittery robe. The blend of all members on stage together lead to a feeling acceptance for a bunch of misfits.

An advanced light show complete with neon laser lights that shot for miles into the audience accompanied the enthralling performance and matched the band’s colorful name. Tracks from all three of their albums were played during the performance, including fan favorites “Fever Pitch,” “It’s Called: Free Fall” and “Cocaine Jesus.” They even included a relatively new, but also old song called “No Vacancy.” Melo announced that it was supposed to be released on Seven + Mary but got held up in mixing and mastering for five years and is finally being released.

The most captivating note about the show was the passion and honest emotion that Melo puts into each and every song. The way he graces the stage with his exotically insane yet graceful dance moves makes him feel like a rock-and-roll ballerina. At one point, we thought he was going to fall off the stage from all the spinning he was doing but he landed flat-footed on the middle platform with elegance. Some of the numbers felt more like a Broadway show than a concert. The band members are exceptional at portraying the story of each song on stage, especially during “Devil Like Me.” The lights were glowing red and it felt like an eerie modern play.

Not wanting to leave the stage after an adrenaline-filled performance, Holt came back to the mic and said, “Thank you New York, tell your friends!” All around us the audience shouted back, “We f–king will!” and here we are, telling you that there’s still plenty of time left to experience the magic of Rainbow Kitten Surprise. This is just the beginning of an exciting North American Tour. No need to feel like you missed out, you can buy tickets for upcoming dates here. See you there!